Dagmar Kase: It is proud and good to be…

It is proud and good to be… by Dagmar Kase
– Modified essay from forthcoming book published by thealit. frauen. kultur. labor. Also published in ETMU (The Society for the Study of Ethnic Relations and International Migration)-blog. 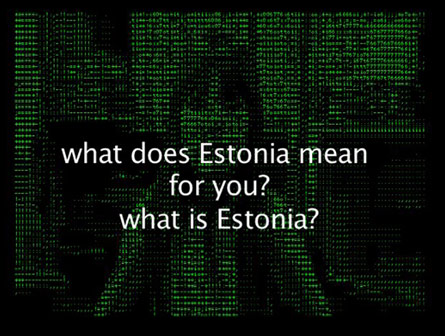 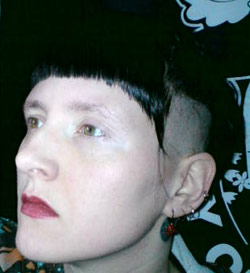 “Eestlane olla on uhke ja hää”(1) (“It is proud and good to be an Estonian”) is a sentence from a patriotic song Eestlane olen ja eestlaseks jään (I am an Estonian and I shall remain one) written at the time of the late 1980s Singing Revolution that maps the political and existential Estonian struggle for independence and nationhood. On August 20, 1991, with Soviet troops descending on Tallinn, Estonian Supreme Council declared the reestablishment of Estonia as an independent state. Fifty years of oppression has made Estonians frightened about the disappearance and destruction of Estonia and Estonians. This motivated me to create a video it is proud and good to be… in which I interviewed children between 5–7 years, asking them how they feel about their native land and themselves as Estonians.

Most interviewed children said that they like Estonia a lot, but many did not know or could not remember their nationality. For many children, Estonia meant a place where they have been born and their homeland where they speak Estonian. Several topics were raised, but in this column I focus on the feelings and acts by the citizens, kids and adults, in the context of building the nationhood.

Nationhood builders seem to think that danger lurks around. Many Estonians have been found ‘guilty’ of leaving their country and there has been an emphasis on the importance of fertility as a means to preserve the nation. According to Peeter Mardna, Estonian doctor and politician: “in Estonia the birth rate is 1.64 children per woman (…) but it should be 2.1 for the nation to survive. (…) If nothing will change by 2050–60 the Estonian population will be no more than 750 000 (…). By that time probably half a million non-Estonians have arrived here, and they can’t come from Europe where the birth rate is even lower than ours. (…) If we fail to increase it [birth rate] from 1.6 to 2.1 during the next 20 years, talks about the Estonian nation-state and its survival are… (…) complete rubbish.” (2)

Childless people have been found ‘guilty’ of the offense of not helping the nation to survive, whilst at the same time immigrants are perceived as a threat. Also in several cases, feminists, sexual minorities and those fighting for emancipation have been found ‘guilty’ of the low birth rate. Estonian politician Märt Sults has stated that he has “a wife and kids, (…) the way it should be. But gays don’t have kids, they have zero reproduction. (…) They have no future; their future will only last until their own death. (…) It would lead to extinction.”(3)  All individuals, all sexes (especially female) and both hetero- and homosexuals, who have not at least 2.1 children, have been objectified. In the framework of building the nationhood, everyone becomes data and the builders strive for having rightful and legal claims to citizens’ bodies. If one is childless, she (also he, especially if he is a gay, or transsexual) has been labelled as a traitor by the state and also by co-members of the society. Getting fewer pensions and tax on childlessness are examples of such mechanisms. The childlessness tax in Estonia imposed by Stalin’s regime and it remained in place until the dissolution of the Soviet Union. Abolition of the tax stated the beginning of the era of democracy. The debate about reinstating the tax has come in different waves for years, but so far it has not been reinstated. Being a member of any collective entails rights and duties, but a tyranny exercised for the good of its ‘victims’ does not sound appealing. Even though Hannah Arendt has argued that “No cause is left, but the most ancient of all, the one, in fact, that from the beginning of our history has determined the very existence of politics, the cause of freedom versus tyranny.” (4) 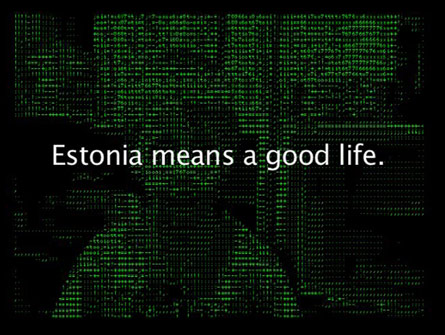 The powers of the state of Republic of Estonia are exercised solely pursuant to the Constitution. The second chapter of the Constitution maps the fundamental rights, freedoms and duties, saying that “everyone is equal before the law. No one shall be discriminated against on the basis of nationality, race, colour, sex, language, origin, religion, political or other opinion, property or social status, or on other grounds.”5 Even though the duty to produce 2.1 or more children is not covered by the Constitution, yet being promoted and also preferred publicly (and as stated above, also by law), the rights of those who are childless are being violated. The fact is that every Estonian is not entitled to be happy, as childlessness contradicts the state Constitution.

Estonia, like most countries in the world, is bewitched by its nation-state project. State religion of Estonia, and also a personal religion for many of its members, is patriotism. But for most children, being an Estonian has a different meaning: “(…) it means that I have fun with my friends. I do not know anything else.”

Modified essay from forthcoming book published by thealit. frauen. kultur. labor. Also published in ETMU (The Society for the Study of Ethnic Relations and International Migration)-blog.

Dagmar Kase – Artist, feminist activist and guest lecturer at the Estonian Academy of Arts, combines theory and practice, exploring construction and deformation of the elements of the society, necessity and obedience, all that and more from a feminist perspective. She is Co-founder and co-organizer of Feminists arrive at three (http://feministid.blogspot.com/) and Ladyfest Tallinn (http://ladyfesttallinn.blogspot.com/).