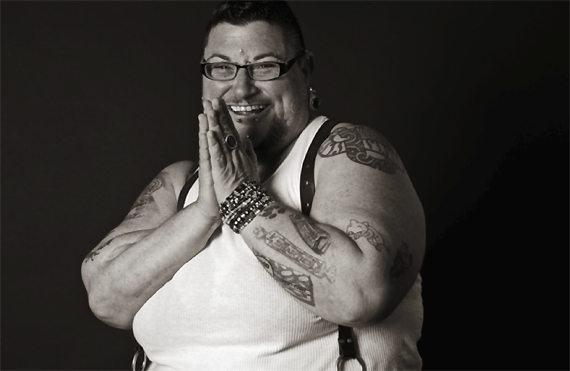 SD Holman’s newest work, BUTCH: Not like the other girls, will be exhibited at the Clutch (1895 Venables, Vancouver BC) from April 8 -25, 2013, with an Art Party! on April 10, 6-8pm, and a public art exhibition displayed in transit shelters throughout Vancouver from March 11 – April 14. BUTCH is a photographic exploration of the liminal space occupied by female masculinity in contemporary communities.

Holman delineates Butch as “an inclusive site of resistance to limitations on the way women, gender and sexuality are still defined.” The images honour the beauty, power and diversity of women who transgress the gender binary, with subjects reflecting the many sizes, shapes, ethnicities, and styles of Butch. The transversal dialectic of female masculinity is celebrated here – unapologetic and undiluted.

“SD Holman is the best portrait photographer in Vancouver”

For more information on SD Holman and BUTCH: Not like the other girls, visit http://sdholman.com