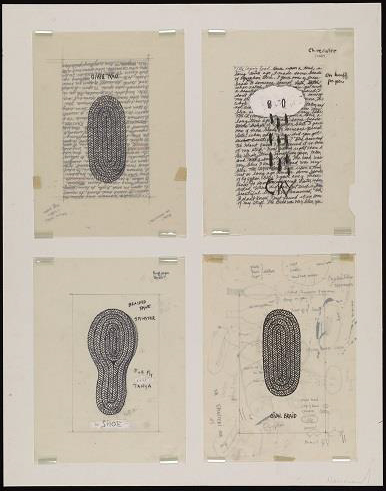 LOS ANGELES – The Getty Research Institute (GRI) announced today the acquisition of the archive of American artist, writer, curator, and scholar Harmony Hammond (b.1944). The archive includes correspondence, photographs, original source material for her art, professional papers, publication drafts, editioned prints, original artwork, files and a slide registry devoted specifically to lesbian artists. In addition to the archive, which was purchased by the Getty Research Institute, Hammond has donated an extensive library of books and other publications related to art, feminism, and lesbian/gay/queer/trans studies.

“Harmony Hammond is not only an important pioneering artist, but a groundbreaking curator and art historian. Her artistic practice, scholarship, and dedication to the history of feminist and lesbian art and issues of difference have made her an extraordinarily influential scholar and artist,” said Thomas W. Gaehtgens, director of the Getty Research Institute. “We are honored that Hammond has chosen the Getty Research Institute to house her archive and I am certain that it will be of tremendous use to scholars.” 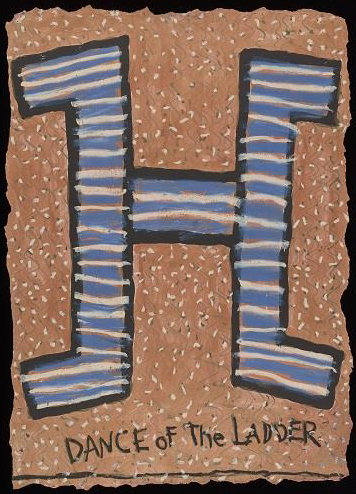 The Harmony Hammond Papers document all stages of her artistic career, including photographs, ephemera, and documentation of artwork and exhibitions in which she participated.

Hammond has also included original early artwork as part of the archive. These include a complete set of her editioned prints, more than twenty pieces; two of her earliest paintings; as well as her early woven Hairbags (1972), dedicated to members of her feminist consciousness-raising group, and Shoe Poems (1977). The archive also includes original source material for her imagery, as well as journals with both writings and drawings, and agendas documenting her activities in the nineties.

Her papers also record her role in the feminist and lesbian art movements as writer, curator, and teacher, including her involvement as a founding member of the A.I.R. Gallery, the first feminist co-operative art space in New York City, and of the collective Heresies: A Feminist Publication on Art and Politics.

The graphic work, publications, and ephemera she collected include a large number of posters and other publications and pieces of ephemera, many quite rare, by artists such as Mary Beth Edelson, Zoe Leonard, and a set of the journal LTTR, published by the eponymous feminist genderqueer artist collective founded in 2001 by Ginger Brooks Takahashi, K8 Hardy, and Emily Roysdon, and later joined by Ulrike Müller.
Hammond’s professional papers include drafts and documentation of her publications, including Lesbian Art in America (2000), her pathbreaking historical account, and files related to the journal Heresies; her writings for art periodicals such as Art in America and Artspace; her many curatorial projects, including A Lesbian Show (1978), the landmark exhibition that took place at the historic alternative space at 112 Greene Street, and Women of Sweetgrass, Cedar, Sage (1985), organized with Jaune Quick-to-See Smith, the first national exhibition of work by contemporary Native-American women artists; as well as her other engagements, including her career as a martial arts instructor, which she considered part of her work as a feminist.

“Harmony Hammond’s practice as an artist has long been integrated with her work as a scholar and teacher. Her life’s work, in every sense possible, has been to document, celebrate, and further the understanding of feminist and LGBTQ art and artists and how issues of difference are manifested in art,” said John Tain, assistant curator of modern and contemporary art at the Getty Research Institute. “It is this integrated, scholarly practice that makes her archive so instructive and so deeply meaningful.”
The archive demonstrates Hammond’s tireless documentation of other artists and includes correspondence, video, DVDs, and slides of other artists that she researched and discussed in her teaching. Five archival boxes cover lesbian artists and include documentation on and correspondence with a broad cross-section of important figures from the 1970s through 2000, including Amy Adler, Laura Aguilar, Laura Cottingham, Tee A. Corinne, Dyke Action Machine, Carrie Moyer, Catherine Opie, Collier Schorr, Amy Sillman, Annie Sprinkle, and Terry Wolverton.

Along with this documentation, Hammond has donated 40 boxes of publications. Thirty-eight boxes contain books from her library related to art, feminist and lesbian/gay/queer studies. They include rare publications and periodicals such as Redstockings, The Fox, and a complete set of Heresies. The two remaining boxes in this collection contain artists’ books and ephemera including a set of 27 artist’s books from 1977 to 1981 by Ida Applebroog and material from artists such as Linda Montano, Rudolf Baranik, Ridykeulous, Dempsey & McMillan, Suzanne Lacy, and Girls Like Us.

“All art participates in multiple narratives. I like to think of mine as contributing to both dominant and oppositional discourses,” said Hammond.

Hammond attended the University of Minnesota from 1963-67 (B.A., 1967). In 1969, she moved to Manhattan, where she was a co-founder of A.I.R., the first women’s cooperative art gallery in New York (1972) and Heresies: A Feminist Publication on Art & Politics (1976). In 1984, she moved to New Mexico. As Professor of Art, she taught painting, combined media and interdisciplinary graduate critique seminars at the University of Arizona (Tucson) for seventeen years (1989-2006). Currently she mentors students in the Vermont College MFA Program and is a Visiting Artist in programs such as: Skowhegan, Anderson Ranch, California College of Arts, Vermont College, Vermont Studio School and the Terra Foundation. In 2013, College Art Association honored her with the Distinguished Feminist Award and the Women’s Caucus for Art has selected her for a 2014 Lifetime Achievement Award.

Hammond is represented in the permanent collections of many museums including the Metropolitan Museum of Art, New York; the Museum of Modern Art, New York; the Walker Art Center, Minneapolis; the Brooklyn Museum; the National Museum of Women in the Arts, Washington, D.C.; the Art Institute of Chicago; the Phoenix Art Museum; the New Mexico Museum of Art, Santa Fe; and the Wadsworth Atheneum, Hartford. She has received fellowships from the John Simon Guggenheim, Adolph and Esther Gottlieb, Joan Mitchell, and Pollock-Krasner Foundations, Art Matters, the New York State Council on the Arts, and the National Endowment for the Arts.

Hammond’s book Wrappings: Essays on Feminism, Art and the Martial Arts, (TSL Press, 1984), a classic on 70s feminist art, is out-of-print. Her ground-breaking book Lesbian Art in America: A Contemporary History (Rizzoli, 2000), also out-of-print, received a Lambda Literary Award and remains the primary text on the subject. Currently she is the Santa Fe Correspondent for Art in America.