Irreverent: A Celebration of Censorship 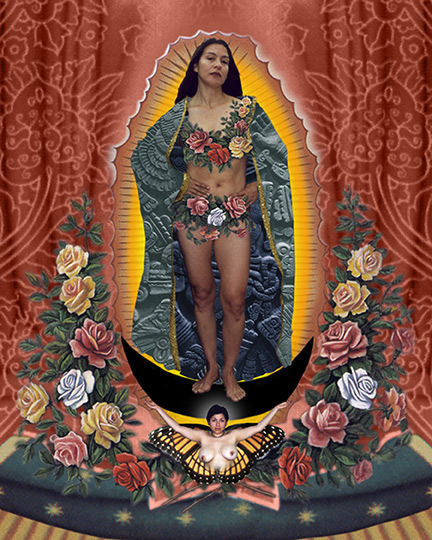 Irreverent: A Celebration of Censorship

[New York, NY – January 2015] Inspired by the creative and activist responses to the censorship of Robert Mapplethorpe’s art in the 1980s and 1990s and the more recent withdrawal of David Wojnarowicz’s A Fire in My Belly from the National Portrait Gallery in 2010, Irreverent explores how sexuality has been, and continues to be, used as a tool to prohibit LGBT cultural artwork.

Museum Director Hunter O’Hanian says, “The focus of this exhibition will be the work which has been excluded from other mainstream institutions due to its gay content. Going back to the ‘Culture Wars’ of the 1980s, the exhibition landscape has changed as certain works of art have been excluded because they were considered ‘offensive’ or ‘too risky.’ While in some ways we live in a time which appears more tolerant, exclusion of artwork, and certain facts about some artists, are still excluded because of the person’s sexual orientation.”

Work in the exhibition will span more than three decades and will tell numerous stories of intentional exclusion of works, as well as acts of violence and vandalism.

Guest curator Jennifer Tyburczy says, “The exhibition draws inspiration from the innovative responses to watershed moments in the history of censoring LGBTQ art in Canada, England, Ireland, the Netherlands, South Africa, Sweden, Turkey, and the United States. In concept, the show is principally drawn from two events: the censorship of Robert Mapplethorpe’s art in the 1980s and 1990s and the more recent withdrawal of David Wojnarowicz’s A Fire in My Belly from the National Portrait Gallery in 2010. In practice, it seizes on the international fame of these controversies to delve deeper into the many ways that censorship functions in queer artistic life.”

Curating from the perspective that censorship occurs differently and in multiple ways, locations, and moments, the show includes spaces for the restaging of the social, cultural, and political components that led to, followed, or influenced diverse episodes of controversy. In all, the exhibition will feature the work of seventeen artists. It will depict approximately a dozen episodes of exclusion and censorship including:

• In the Being series (2007), Zanele Muholi interrogates black lesbian relationships and safer sex. On the surface, the visuals capture couples in intimate positions and moments showing their love for each other. However, Muholi’s photographs also critique HIV/AIDS prevention programming in South Africa, and how, in her view, it has failed women who have sex with other women. For years, Muholi has documented gay, lesbian, and transgender people in South Africa and beyond. In April 2012, Muholi’s apartment was broken into while she and her partner were away. The thieves took nothing but her archives, and little has been done to retrieve her works.

• In 2010 in an art gallery in Lund, Sweden, a group of individuals who local authorities believed to be neo-Nazis used axes and crowbars against Andres Serrano’s photographic series The History of Sex in a spectacular display of terror and vandalism. Death-metal music played in the background as they destroyed $200,000 worth of photographs while shouting expletives and, “We don’t support this” in Swedish. The vandals left behind leaflets reading, “Against decadence and for a healthier culture.” No arrests were made.

• Alma López’s digital print Our Lady was shown in the exhibition CyberArte: Tradition Meets Technology curated by Dr. Tey Marianna Nunn for the Museum of International Folk Art (MOIFA) in Santa Fe, New Mexico in 2001. The exhibit consisted of four Latina artists whose visual work incorporated imagery containing traditional cultural iconography (such as the virgin of Guadalupe) that the artists reconfigured using digital technology. Soon after the opening, Jose Villegas and Deacon Anthony Trujillo were joined by Archbishop Michael J. Sheehan in organizing protests demanding the removal of the small digital print. The protests were violent. The museum, curator, and Alma López endured constant verbal abuse and physical threats. Our Lady went on to be censored again in Oakland, California and Cork, Ireland.

• The censorship of Michelle Handelman’s video installation Dorian: a cinematic perfume is a classic example of the moral panic that can ensue when queer art is shown in mainstream museums. After the video was originally shown as one part of a larger exhibition at Austin, Texas’s Art House in 2011, Dorian was shut down for certain periods of time without explanation. Following this, the looped video was then presented with only limited screening times, before being removed altogether. These decisions were precipitated by one particularly powerful board member who was personally offended by the film’s content.

• At the 2012 exhibition Aykırı (Contrary) municipal officials of the İzmir Art Center in Kültürpark, Turkey pulled from view three photographs each by three different artists: Baris Barlas’s photograph Invisibles of two men kissing in a crowded Mexico City subway station, Damla Mersin’s powerful shot (Confuse) of a woman in a headscarf striking a haughty pose and fully in control of her sexuality, and Seray Ak’s untitled photograph of two women kissing while wearing headscarves. These artists boldly started a conversation on the politics of display in İzmir, Turkey during a time of vigorous debates about women’s legal right to wear headscarves and the future of the LGBT rights movement in Turkey.

• In 2010, curators and volunteers at the GFest, London’s Queer Arts Festival, were ordered to cover up some of the works with masking tape and tarps. Of these artworks, Irreverent will display Corrine Bot’s Jack & Jill 01-03, Kimi Tayler’s The Stags In Drag (THE NATURE OF BEAUTY), and Jason Woodson’s tribute to David Wojnarowicz’s, One Day This Kid (20 Years On)

“Sex—queer, dissident and explicit—is central to the exhibition,” says Tyburczy, “The acts depicted in these works of art by established artists is what caused the censors and vandals to take the steps they did. The exhibition shows how the defamers of queer life have consistently used sex as a political tool to silence all kinds of minority voices on issues that range from immigration to religion, to race, gender, and disability, to globalization and capitalism.”

This exhibition will be the featured exhibition of the Queer Art Caucus of the College Art Association ‘s 2015 national convention scheduled in New York in February. A panel will be presented on the exhibition at the conference. 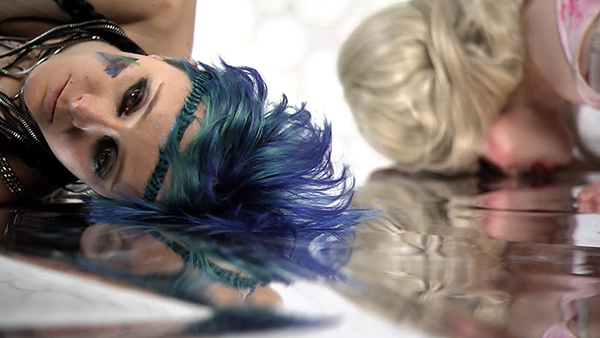 Curator Jennifer Tyburczy is Assistant Professor of Speech Communication and Rhetoric and English Language and Literature at the University of South Carolina. She received her Ph.D. in Performance Studies from Northwestern University in 2009 and has since held teaching and research positions at Columbia College Chicago, Rice University, and el Colegio de México in Mexico City. Her work has been published in Criticism, Museum & Society, Radical History Review, Text & Performance Quarterly, Women & Performance, and The Journal of Literary & Cultural Disability Studies. Her book, Sex Museum: The Politics and Performance of Display, is forthcoming with the University of Chicago Press in 2015.

About the Leslie-Lohman Museum of Gay and Lesbian Art

The Museum is located at 26 Wooster Street in the SoHo neighborhood of New York City. Admission is free, and hours are Tuesday through Sunday, 12-6 pm, and Thursday, 12-8 pm. The Museum is closed Monday and all major holidays. The Leslie/Lohman Gay Art Foundation, Inc. is a non-profit organization and is exempt from taxation under section 501(c)3 of the IRS Code. The Museum can be reached at 212-431-2609. For more information, go to LeslieLohman.org.