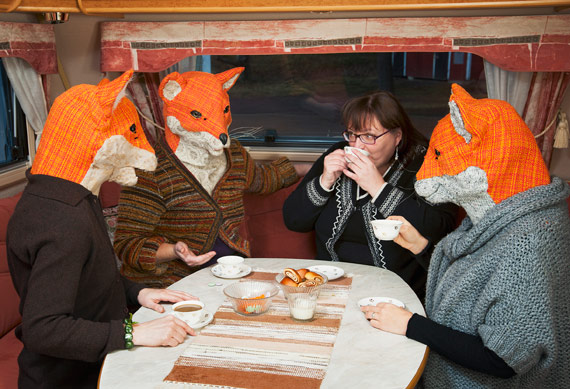 Who invites cockroaches over for a sleepover? Who wants to go on a date with a monkey or be a ratʼs friend?

This series of pictures entitled Stigma visualizes different prejudices through animal   characters. The pictures create relationships or situations that are common in our culture but that the norms prevent us from having with “the wrong kind of people”. The animal characters are models wearing masks. The main material used for making the masks is second-hand clothes that give the characters a distinctive look.

A discriminatory mindset is made possible through dehumanization and grouping, division into us and them, into different groups with different characteristics and behavioral models. Individuals are labeled with the groupʼs stigma. There are racists but very few of us want to be considered one of them. Most people know what kind of prejudices there are against different groups in society. We may not accept them, but is it possible to not let them influence our perceptions?

Stigma is part of a larger project in which Heidi Lunabba, in collaboration with people from outside of the art world and based on their experiences, creates pictures that examine and challenge the norms of society. The Stigma series has been produced in collaboration with Anne Pietarinen who also appears in all the pictures.

“My starting point was the idea that we all group our knowledge and experiences. We talk about artists, Christians, women, men, heterosexuals, homosexuals, winners, athletes, losers etc. This is what we do in order to be able to interact with each other. We build concepts and channels through which we perceive the life around us and its phenomena. I believe that this grouping is also sometimes stigmatizing, in which case it turns against people. This is the phenomenon I wanted to address.” This is how Anne describes the starting point for the series of pictures.

“During the project I became curious about how universal the characteristics are that we link with different animals. I asked an open question on Facebook and it sparked off a lively discussion as to which animals have different characteristics, while someone stated that people prefer not to link prejudices with a specific group,” Heidi Lunabba says. The difficulty with the theme is to highlight the norm and the prejudice without reinforcing it. “Through the animal characters we are able to access the prejudice itself instead of reinforcing the prejudice by pointing to a specific group. Foxes, rats and snakes can symbolize different things for different people. The pictures are based on the prejudices we think we see in our society,” Lunabba says about the pictures.

The exhibition is produced with the support of Svenska Kulturfonden, Kordelin foundation and Konstsamfundet. 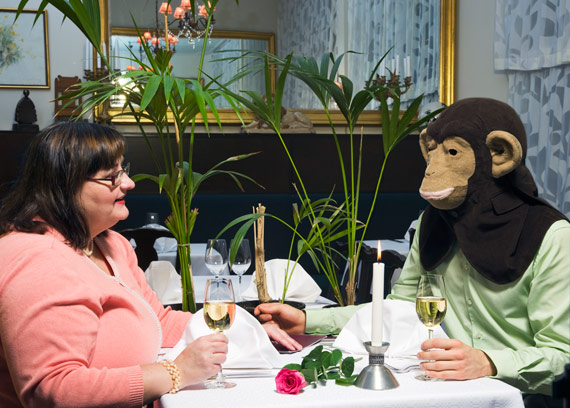 Finnish artist Heidi Lunabba (b. 1977) works with social and community art projects, often inviting people to participate. Trough installations, photography and video she explores questions on identity, gender and communication, in public and private spaces. She has an MA in Fine Arts from the Finnish Academy of Fine Arts and is based in Helsinki, Finland. Heidi has curated Jeppis Pride 2014, a queer art exhibition. Her latest photography projects are Twins (2011) and Dresscode – You are what you wear! (2012) as a part of the Fashion Interactions exhibition in New York in 2013.