Zanele Muholi has a solo show, accompanied by a new publication on her work, at Casa Africa in Las Palmas, Canary Islands, Spain. It opened on October 19 and is running till January 20, 2011.

She also has work on Face of Our Time, travelling to the University of Michigan Museum of Art (12 November – 5 February, 2012); Lesbians Seeing Lesbians at the Leslie/Lohman Gallery in New York (until 22 October,2011); and Photography I: Snapshots of a Generation at Wentrup Gallery, Berlin (18 November – 30 December). 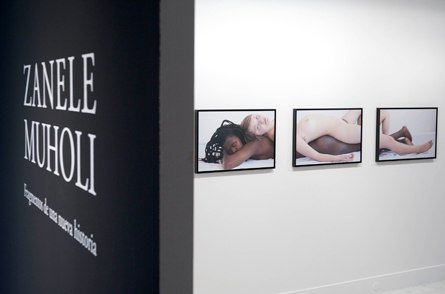 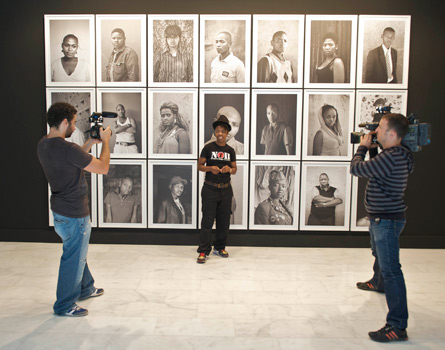 Zanele Muholi poses in front of her Faces and Phases portraits at a press conference prior to the opening of her solo exhibition at Casa Africa in Las Palmas, Canary Islands 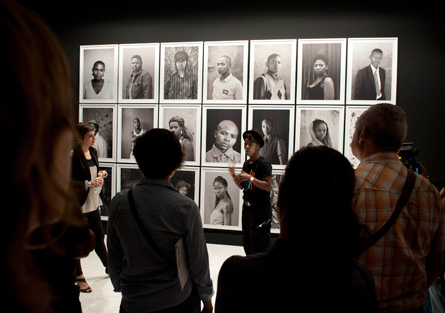 Zanele Muholi at the opening of her solo show at Casa Africa in Las Palmas, Canary Islands, Spain on October 19, 2011 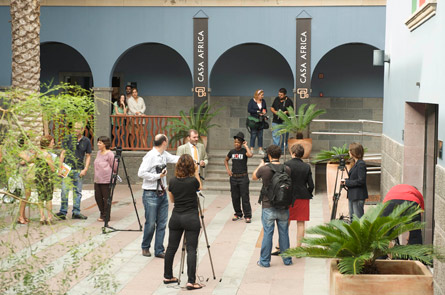 Zanele Muholi at a press conference

EXPOSICIÓN DE FOTOGRAFIAS DE ZANELE MUHOLI
The video below is in Spanish, no translation nor subtitles, but even if you don’t understand all of it is a nice presentation of her works and Zanele speaks English.