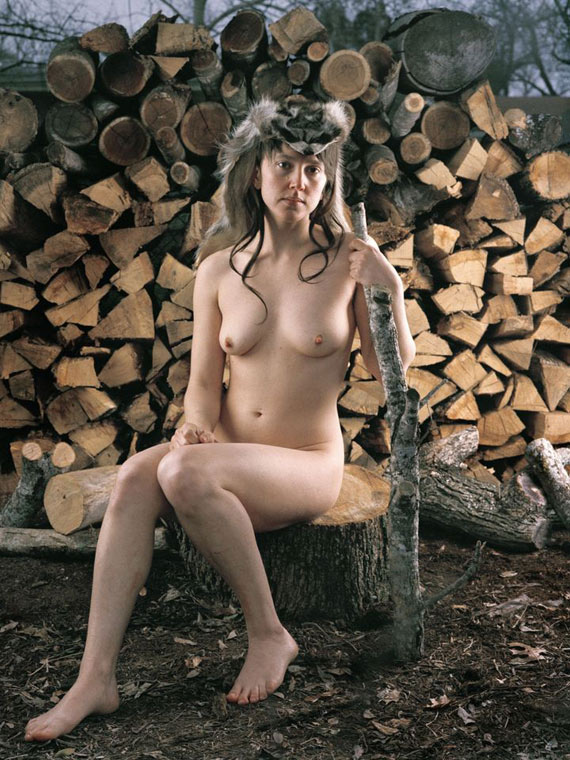 “Our Hands on Each Other” draws its title from a quotation in Lesbian Land, a collection of writings by lesbians who founded or lived in women’s intentional communities, sometimes called “womyn’s lands,” in the 1970s and 1980s. With this series, I try to explore the nature of queer and feminist space in the past and present. While spaces and publications dedicated to feminist activism and artwork were all the rage in the 1970s – the era that saw the foundation of relatively large numbers of women’s activist communities – fewer survive now. This project asks: what did a feminist collective space look like three or four decades ago? What does one look like now? I wanted to go beyond straightforward documentary photography, to collapse time between the intervening decades and interweave the different generations of lesbian/transgender/queer people who have created feminist space.

I intended this not as an act of nostalgia, but as a reactivation and reexamination of activist impulses that might (continue to) be present and serve us today.These resulting photos use queer models to recreate images from vintage lesbian feminist zines, such as Country Women, Lesbian Connection, Sinister Wisdom, Womanspirit, and other publications that were especially concerned with collectivity and rural living. The interiors and landscapes were taken on womyn’s lands that are still in existence. They highlight meeting points on the lands, for instance, a shared kitchen, or a yurt that houses visitors, evoking the tension between togetherness and isolation that are part of living on lands in remote areas.

I also made light boxes inspired by photographs of street marchers and protesters so key to the feminism of the time. These multimedia sculptures are anthemic “signs” intended to capture the aesthetic of photocopied/zine-oriented activism. They evoke movement in both senses of the word: the feminist/gay Movement, but also the physical movement of participants that breaks them out of the rectangular frames of standard portraiture. While the light boxes show original photographs, they’re influenced by the archival materials that I included on-site at one gallery in which these images were exhibited – a selection of lesbian magazines and journals from the 1970s and 1980s, which I used to title some of the photographs.

On the night of the gallery opening [at Women and their Work Gallery, Austin, Texas, 2010], together with audience members, I built a new collective women’s space (in the form of a wood structure inspired by the architecture of womyn’s lands – better known as the “lesbian shack”) as a performance piece. Tools were put out and viewers were invited to add to the piece in whatever way they saw fit during the run of the show. I wanted participants to consider how we continue to build collective space, but it also required them to ask: Who is allowed to be involved in these projects? Who identifies whom? Who is able to identify as a woman or as a feminist? 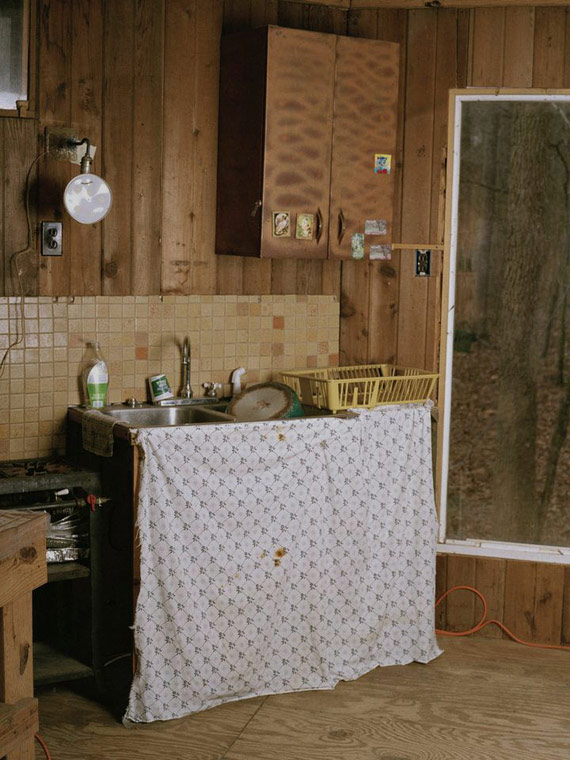 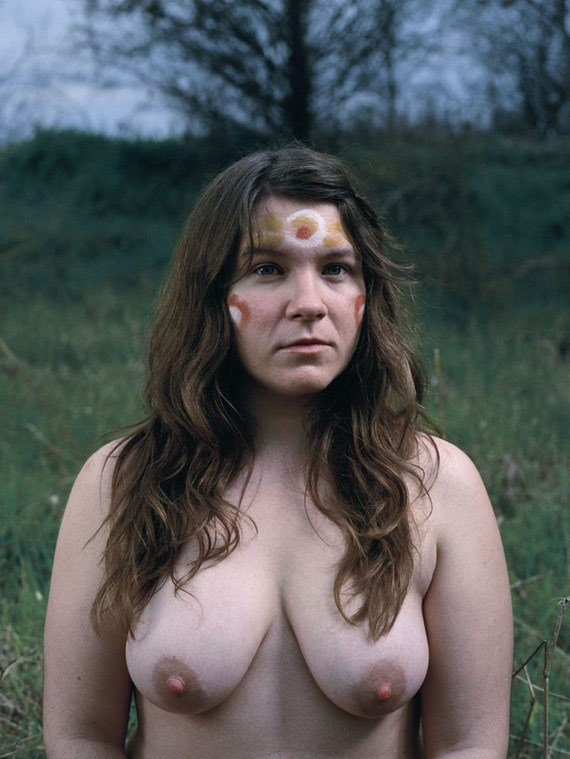 New York-based fine-art photographer and feminist Leah DeVun’s work documents queer and gendered communities, from lesbian separatist communes to the contents of gay and lesbian archives, to the drag-like performances of obsessed Hannah Montana fans. Leah has exhibited nationally and has been featured in Artforum, Nylon, Venus Zine, Artlies, and Glasstire, among other American publications. Her work was recently selected for inclusion in NYC’s Dodge Gallery show “Twisted Sisters,” a round-up of feminist artists that also included Ana Medieta, Nancy Spero, Marlene Dumas, and Wangechi Mutu, and she has had a solo show in 2012 at LA’s ONE Archives Museum and National Gallery (part of the University of Southern California focused on LGBT art). Curently Leah DeVun teaches women’s and gender history at Rutgers University, and she was recently a faculty fellow at Stanford University for 2011-12. 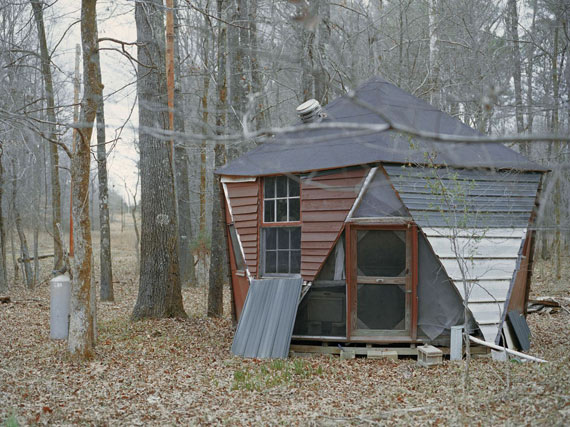