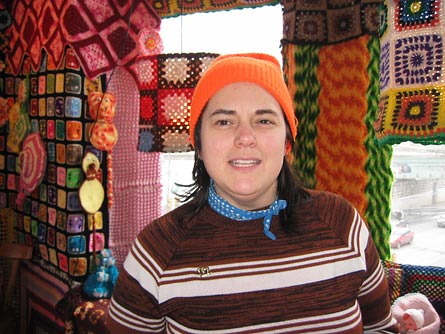 Queer artist Allyson Mitchell in one of her room size installations

This ability of third-wave politics to find the fissures and faultlines in our herstories has been a gift, fresh eyes on an imperfect time.  Lines were drawn and mistakes were made. We learned (We grew? We broke down?) The third-wave has muddied up what was supposed to be a tidy politic, and thank goddess.  Unfortunately, this overhaul has meant for some the wholesale dismissal of a radical lesbian practice and identification. This project is situated not simply to hold on to history, but to examine how we might cull what is useful from lesbian herstories to redefine contemporary urban lesbian (and queer and bi) existence.  In so doing, “lesbian” is resurrected as a potential site of radical identification, rather than one of de-politicized apathy. 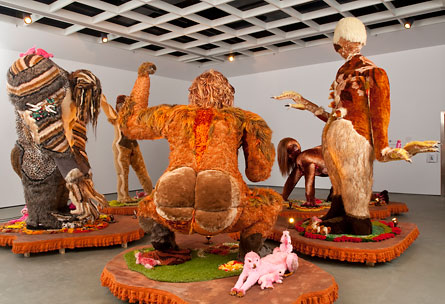 Deep Lez began as a cultural project that informed my art practice. I make lesbian feminist monsters using abandonded domestic handicraft. This has meant the creation of giant 3D Lady Sasquatches [see above] and room size vagina dentatas [see below]. The objects and environments that I create are about articulating some of the ideas and imaginings from second-wave feminisms that were so foundational to me, while still remaining committed to an inclusive third wave theory and practice. 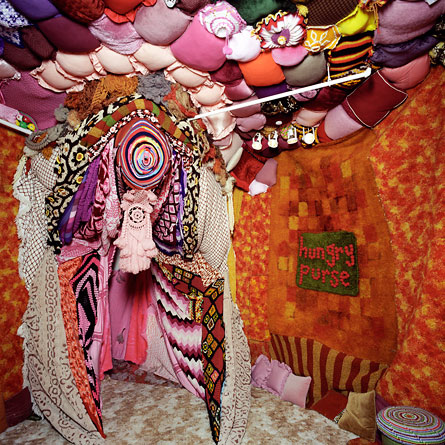 In a short time, Deep Lez grew beyond my own practice, and started taking hold beyond my immediate world.  The language of Deep Lez, for example, has been adopted by Camp Trans and those at the Michigan Womyn’s Music Festival who lobby for trans solidarity. Here, Deep Lez is mobilized to move radical lesbianism and identification with (or allegiance to) trans communities out of the realm of either/or and into the space of and/both.

Deep Lez has been used as a platform for art exhibitions, parties, performances and other gatherings in which lesbian identification is to be explored as a relevant and strategic site of queer urban politics. 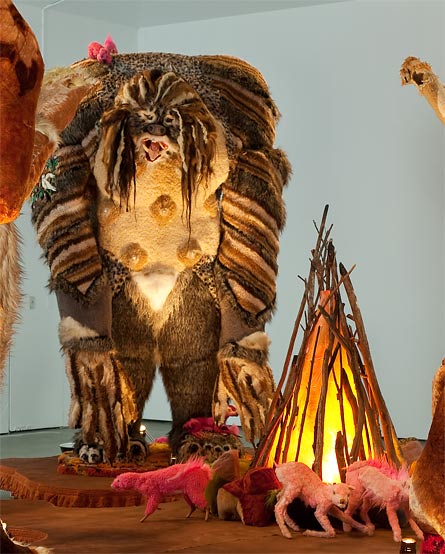 Deep Lez is meant as to be a macraméd conceptual tangle for people to work though how they integrate art into their politics, how they live their lives, and how they get fired up about ideas.  Deep Lez can offer alternative ways of imagining the world and who we are. It is meant to be passed hand-to-hand from crafter to filmmaker to activist to student to teacher to leader to farmer and back again.

Deep Lez is not meant to become it’s own dogma but to encourage thinking about new strategic positions. Every Deep Lez moment is different because it is contingent on the contributions and participations of many, and because it is accumulating and discarding as it goes. We can ban together through Deep Lez to imagine and realize our way out of this dysfunctional habitat – to create new ecologies, new policies, and new styles without war, poverty, violence and waste.

Allyson Mitchell is a maximalist Canadian artist working predominantly in sculpture, installation and film. Since 1997, Mitchell has been melding feminism and pop culture to play with contemporary ideas about sexuality, autobiography, and the body, largely through the use of reclaimed textile and abandoned craft. At the moment she is in New York City for six months to do an international artist residency.

A Sasquatch is a large, hairy, humanlike creature that reportedly lives in isolated areas of the northwestern US and western Canada. Descriptions of Sasquatch are similar to those of Bigfoot. 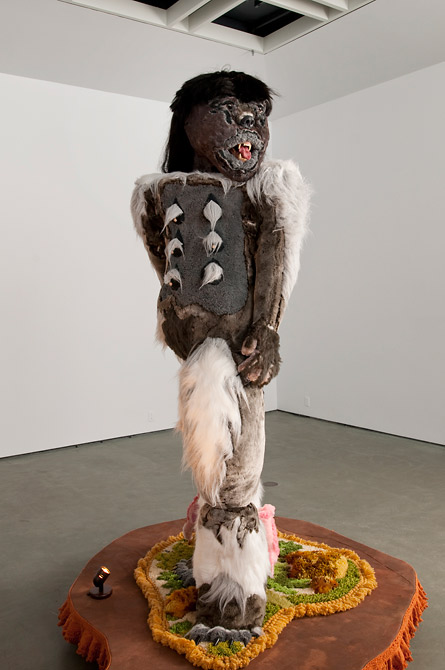 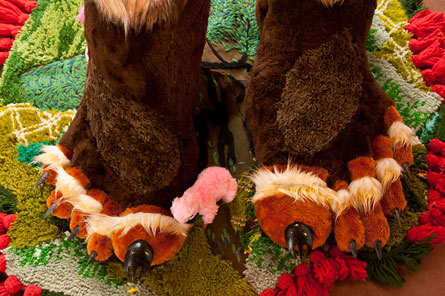 The hairy feet of a lady Sasquatch by Allyson Mitchell, Canada