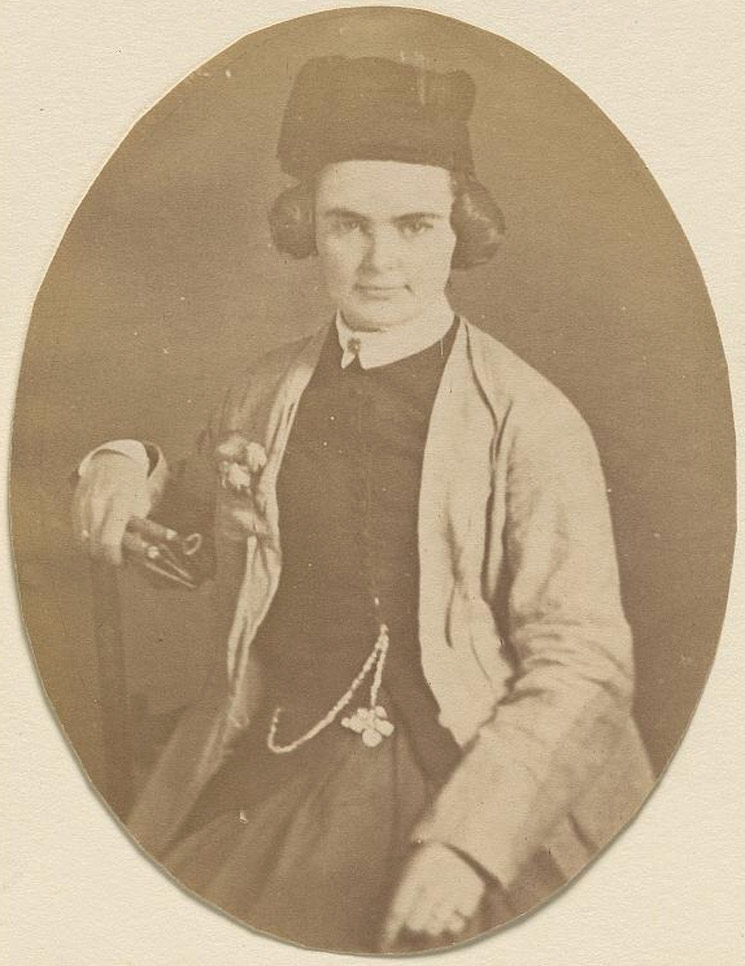 Harriet Hosmer was an expatriate American sculptor. She lived and worked in Rome from 1852 until 1900. There, she thrived in a community of expatriate artists and writers, mostly women, who frequented the salon of actress Charlotte Cushman. Harriet Hosmer worked in a polished Neoclassical style, generally depicting idealized mythological figures, especially female characters known for their strength and courage, such as Zenobia, the Queen of Palmyra (circa 1857). She was a lesbian, a staunch feminist and one of the most successful of the American artist working in Rome, Italy. in the mid 1850s journalist, writer and part-time actress Matilda Hays broke up with Charlotte Cushman for Harriet Hosmer; and Charlotte Cushman began a relationship with Ebba Strebins.