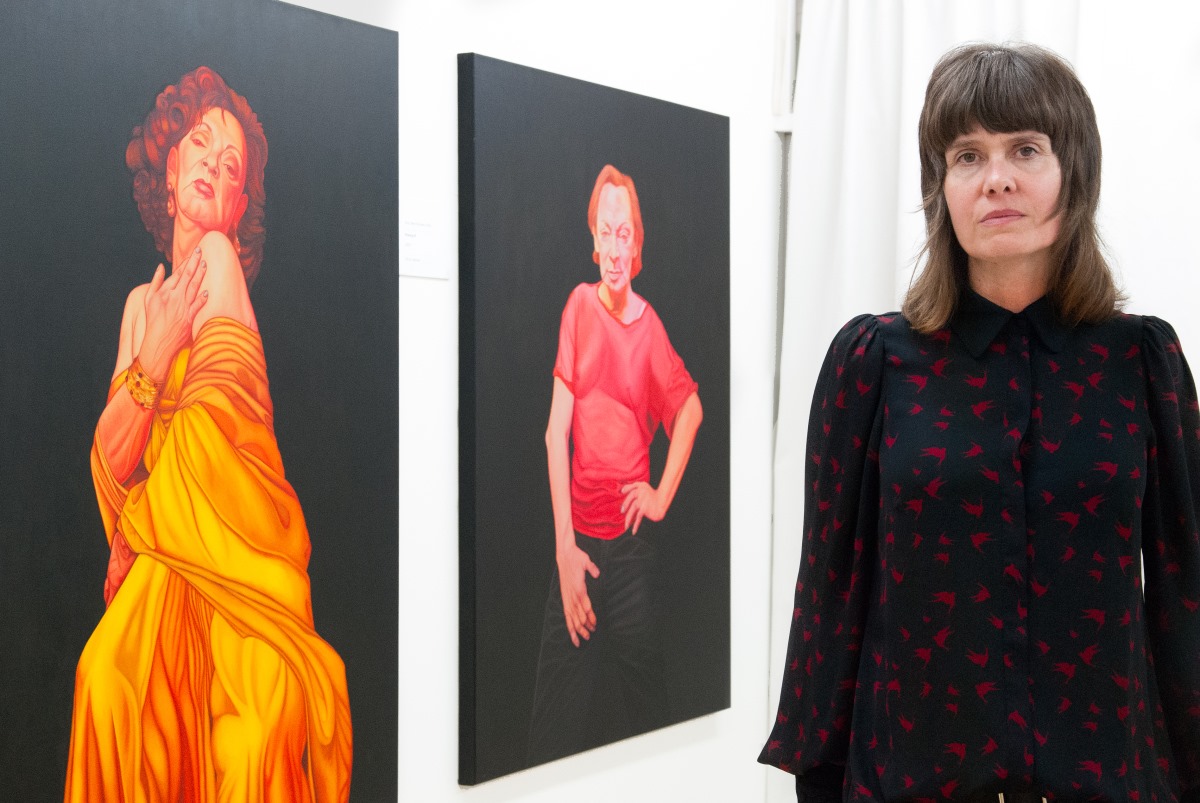 The Heatherley Guest Lecturer programme continues with the first of a series of online in conversation events with artists (Zoom link to follow). Award-winning British figurative painter Sadie Lee speaks about her work to art writer and journalist Anna McNay.

In 1992, Lee’s painting of herself and her then partner was used as the publicity poster for the BP Portrait Awards. In the era of Section 28, when any form of ‘promotion’ of homosexuality was still illegal, the work received resounding responses from both ends of the scale. In conversation with McNay, Lee will talk about her inspirations for that painting, how her practice has since developed, how her sexuality has helped her career, and her involvement in art education.

Lee’s challenging paintings focus on a range of subjects, including the representation of women in art, sexuality, gender and the ageing body. She has been selected to show work in many group shows, including exhibitions at the ICA London and Museum of London. Solo shows include exhibitions at the National Portrait Gallery (London), Manchester City Art Gallery, Schwules Museum (Berlin) and Museum of Modern Art (Slovenia). In 2009, two of her paintings were selected for the group show sh[OUT!] at Glasgow Gallery of Modern Art, alongside Nan Goldin, David Hockney, Robert Mapplethorpe and Grayson Perry.

Anna McNay is a freelance art writer and editor. She contributes regularly to Art Quarterly (Art Fund’s magazine, where she was previously Assistant Editor), Studio International, Photomonitor, Elephant magazine, Norwegian Arts, and The Flux Review, and has been widely published in a variety of other print and online art and photography journals and newspapers. She has written numerous catalogue essays, edited a number of books, and regularly hosts panel and in conversation events at galleries around London.