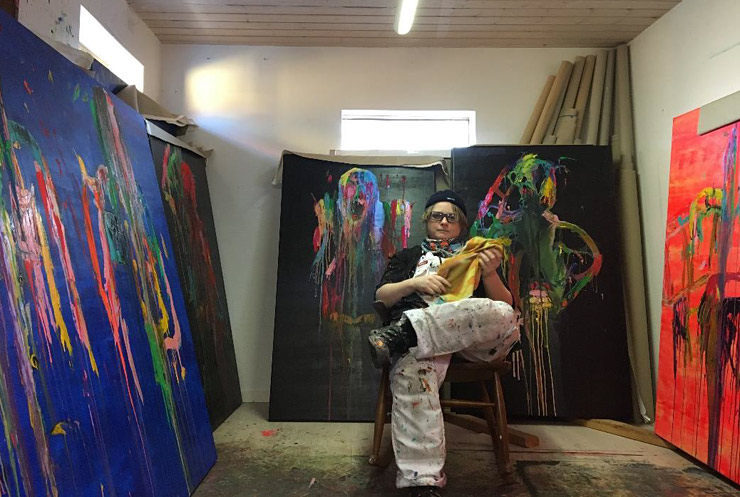 Henriette Hellstern in her Copenhagen studio.

[Danish painter and queer artist] Henriette Hellstern works with the body as a fulcrum. It shows in the diversity of infinite varieties of configurations and highly expressive strokes. She graduated from the Funen Art Academy in 2011 and is already a well-known artist at home and abroad. She has won several art awards and in 2015 she received The Danish Art Councils working grant to continue her creative practice.

A quiet riot has been simmering in you for a long time, now it burns. The bubbles have been just below the water’s surface and now the water boils, it oversflows. Your limit is reached. You will not just see what happens, you will act. Quietly but firmly you move your body. Although you know this movement will be a landmark for you, your environment, the world, everything, it feels like you crawl ahead, something whighs you down, but there is no turning back. You’d rather die trying, knowing you at least tried rather than not having tried at all. It’s time for a riot, something must be done.

More simply said, it is about the choices we must make. Whether we want to change things around us, and leave everything behind. It can also be your battle for example against the system, a war, a condition, a disease, an unfortunate pattern … We must at all costs avoid the hamster wheel and we must always try to make things even better. 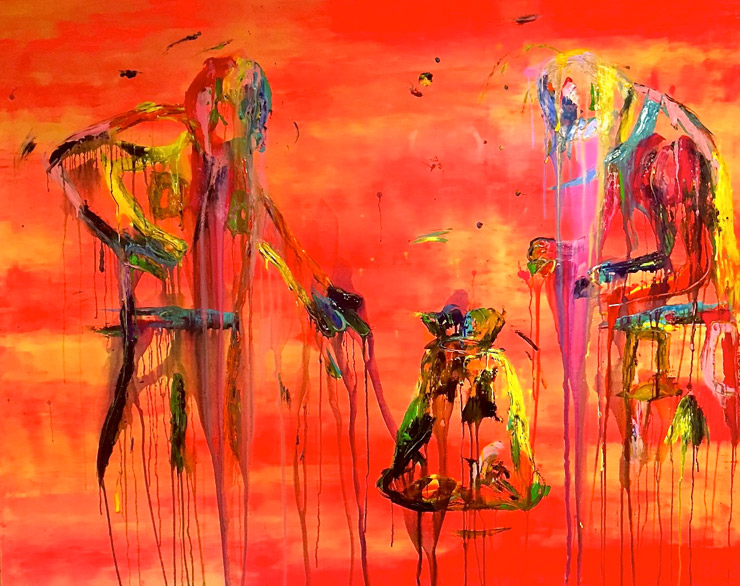 Your Quiet Riot #7 by Henriette Hellstern 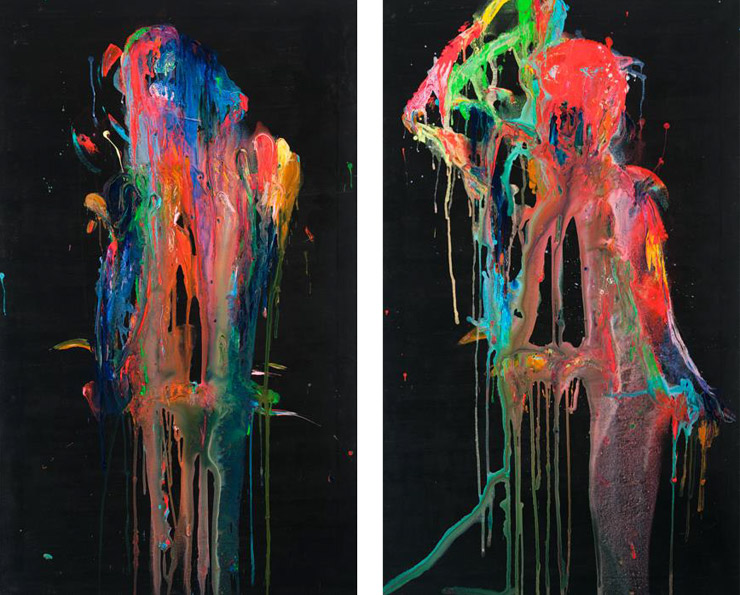 Your Quiet Riot #11 and #14 by Henriette Hellstern