“How to Bring Yourself Up Gay” by Noemi Yoko Molitor 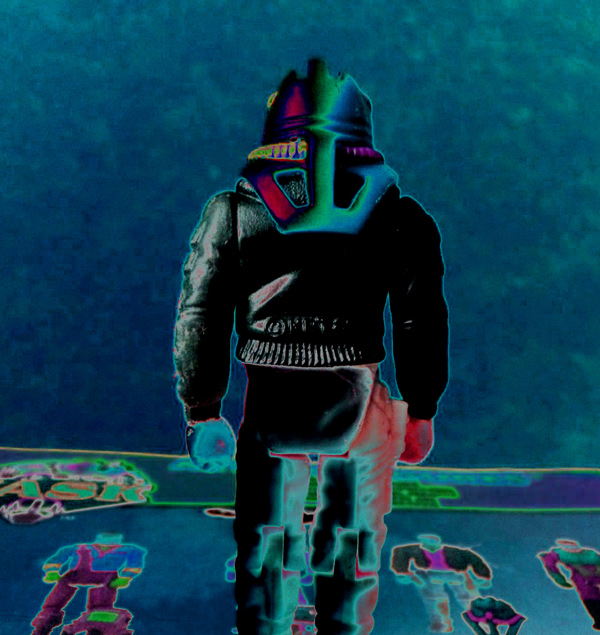 Noemi Yoko Molitor: my project ‘How to Bring Yourself Up Gay’ explores memorial practices and temporality in relation to queer childhoods. Children – often used as innocent figures in need of heterosexual saving – find ways to sail around such protection. I find myself tracing how in different kinds of memorial objects such as photographs and toys.

Using digitally manipulated photographs and film, the series m.a.s.k. / men acting super kinky (2015 – ) and When Disney fell asleep at the desk, all the queer kids came out to play (2012 – ) form the current renditions of this project.

When Disney fell asleep at the desk, all the queer kids came out to play

For the past couple of years I have been collecting childhood photographs from the personal archives of others and myself. The images I pick out offer traces of early queer selves – a pink overall worn with the outmost pleasure, a lingering gaze, or the way a body is leaned forward.

I scan and then digitally re-work these photographs, manually cut out details from the originals as well as the manipulated images and layer them into one another. Others, I submit to an exuberance of digital colors until the queer pierce they elicited in me when finding them feels most present. Creating my own prints in RGB allows for color spaces reminiscent of the 1980s esteem for Neon. Handling the images, emphasizing details and pairing them with imaginary surroundings, are all ways to gaze backwards in time.

The historian Annette Kuhn says that taking pictures is actually a way of remembering forward in time. Someone took these pictures with the intention of creating particular memories. I re-create alternate ones.

To me, the archive that unfolds itself through this project offers traces of bringing yourself up gay when no one else would. 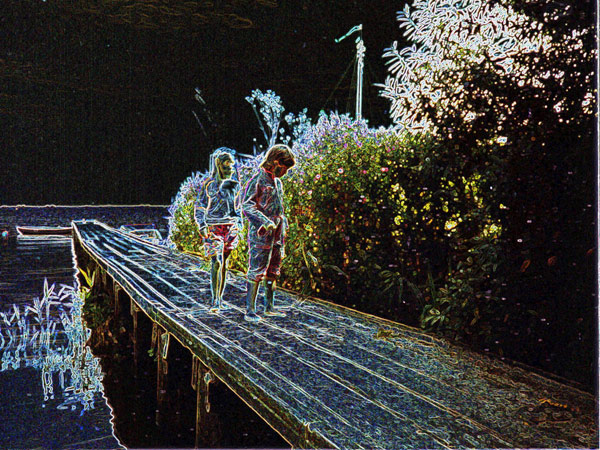 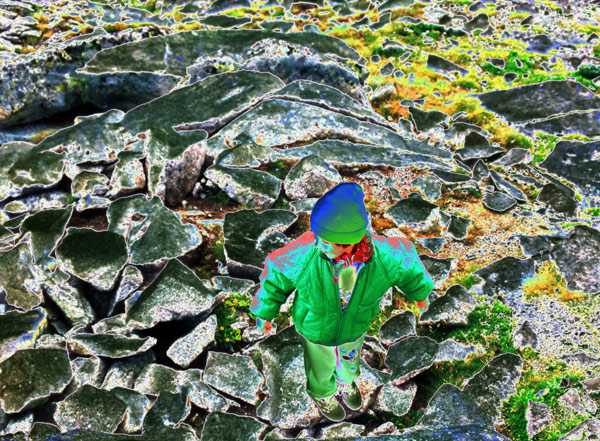 What children play with is often under gender-normative scrutiny in fear of queer futures. When recently revisiting action figures my friends and I used to play with, I noticed the subtle anti-gay pedagogies at work. Luckily, kids have a queer sense of their own.

It is only fitting that these toys are now becoming protagonists in the series m.a.s.k. / men acting super kinky, a photographic and filmic homage to lesbian appreciation for gay mens’ aesthetics. By putting the characters originally named Floyd, Bruno and Sly Rex in queer constellations in images and short films, I re-cite them as formative elements of a queer becoming. 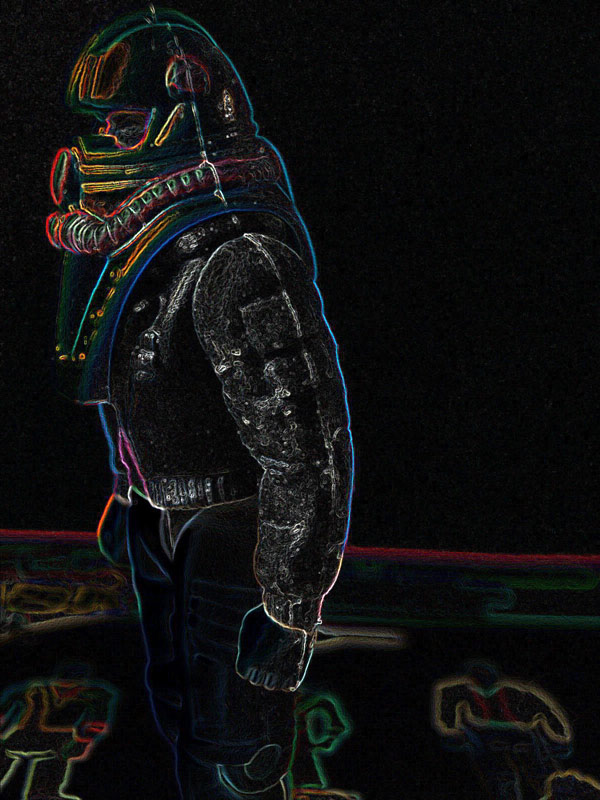 Noemi Yoko Molitor, M. A., is a Berlin based visual artist, researcher and journalist. She studied Gender Studies and European Ethnology at Humboldt University, Berlin and Cornell University. Her artistic practice includes abstract painting, illustration, installation and working with photographs and found objects.

Tracing young queerness in memorial objects, Noemi Molitor digitally re-works childhood photographs of herself and others and builds sculptures and film-sets out of toys. Concerned with the queer relationships between artists, spectators and objects, her paintings and installations explore the im/possibility of merging with an art work or ‘becoming’ the media one works with.

She recently exhibited works from her series How to Bring Yourself Up Gay as part of the group exhibition Queer: Post-sexual – The Box Re-examined during the 15th FRINGE! Queer film and arts festival, London. In 2015, she worked as a research assistant for the exhibition  Homosexualität_en / Homosexuality_ies at the German Historical Museum and the Schwules Museum*, Berlin. Molitor’s essays on lesbian and queer film have appeared in Sissy and other magazines. Currently, Molitor works as an art editor for taz.plan at taz.die tageszeitung, Berlin, Germany.