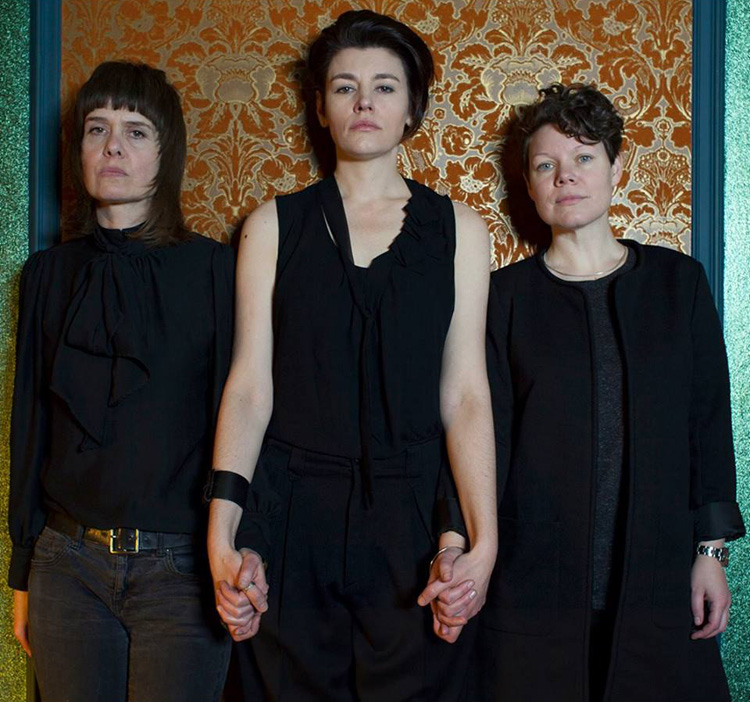 A collaborative exhibition by three women painters, in association with critic and invited curator Anna McNay, exploring the female gaze.

Sadie Lee, Roxana Halls and Sarah Jane Moon are figurative artists, each with a distinctive and unique style, whose queer identities inform much of their work. These painters engage with the theme of sexuality in singular and compelling ways and offer arresting interpretations of the ‘female gaze’.

For this show they will, for the first time, paint portraits of one another, alongside a new self-portrait. In addition to these three works by each artist, they will each paint a fourth work, a portrait of Ursula Martinez.

This exhibition follows on from the ground-breaking exhibition of Queer British Art held between April and October 2017 at Tate Britain. The cut-off date for inclusion in that show was 1967, this exhibition seeks to look at the female gaze now in 2017-18 and to address how these histories thrive in the contemporary art of today.

Running in tandem to Threesome, 3×3 showcases photographic self-portraits by nine queer female artists, whose work, to varying degrees, and consciously or not, interrogates the notion of the female gaze and self-identity. By concentrating solely on their own image, the artists seek to untangle, distinguish, and, in some instances, deliberately re-confuse their own subjectivity and objecthood. This is further teased out through a series of nine questions, posed by critic and curator Anna McNay, and responded to by each artist in turn. These highlight the broad and varied spectrum of considerations at play when, in a world unavoidably influenced by the history of the patriarchal male heterosexual gaze, a woman who likes women turns her gaze upon a woman to produce an image.