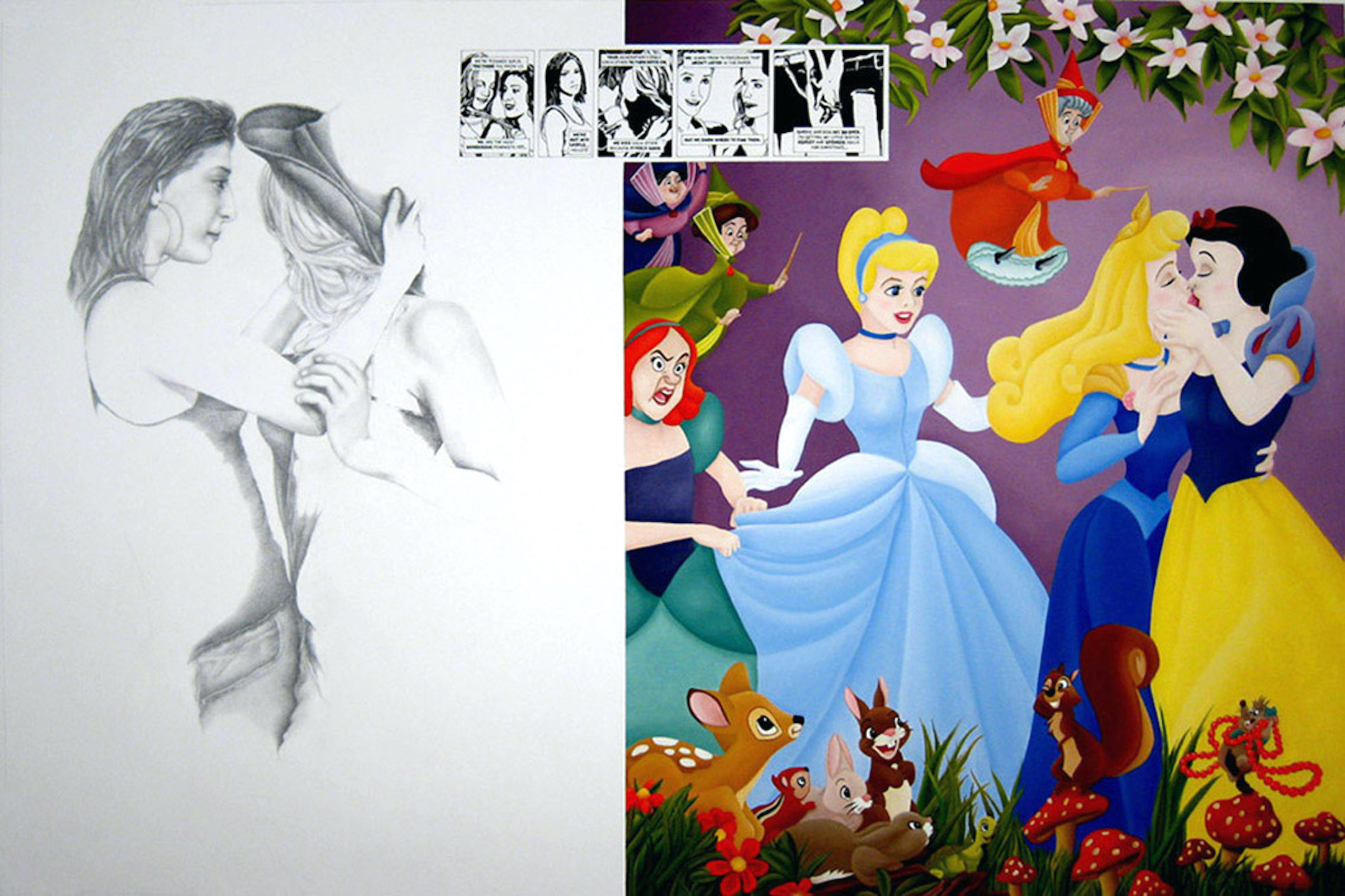 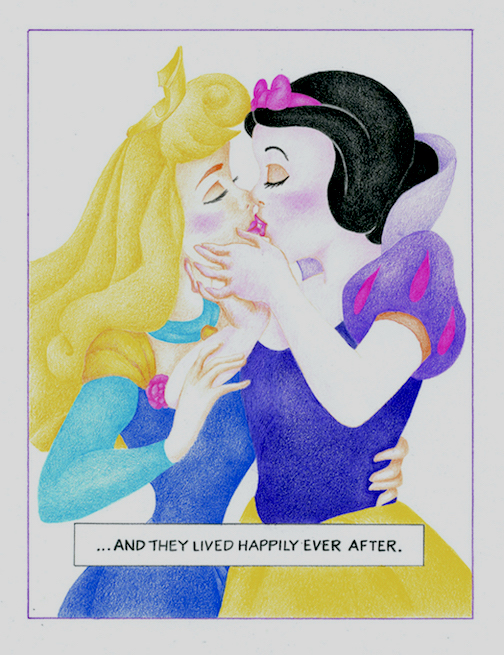 The piece “Snow White Comes Out” by Michela Griffo is from her much larger painting “Sleeping Beauty Awakens” , 48″ x 72″ , Oil, Pencil and Ink on Canvas, 2006 which was inspired by two shows on American Television in 2003-2006; “South of Nowhere” and “Degrassi High: The Next Generation”. Both shows were stories of teenage girls falling in love. The characters in pencil on the left of “Sleeping Beauty Awakens” are Lexi and Paige from Degrassi. The comic through the middle (in ink) tells what is going on in these shows.

Michela Griffo, a long-term queer feminist activist and a visual artist, is based in New York. She came of age on the piers and streets of New York City in the 1950s and 60s. She was an early member of the Redstockings and a founding member of the Radicalesbians, Lavender Menace and the Gay Liberation Front. She has exhibited her artworks widely since the early 1970s. Her works have been included in a number of queer art shows, such as the traveling group exhibition Art After Stonewall: 1969-1989 by Leslie-Lohman Museum (2019-2020) and QUEER FORMS, Katherine Nash Gallery, Minneapolis, MN, (September 2019).

The Boston Globe writes: ‘Her work offers biting commentary on the reality that society has chosen to construct and believe while at the same time calling attention to the so called or actual reality that society as a whole avoids acknowledging. Griffo, masterfully, much like fairy tales and Greek myths, calls attention in her works to the timeless dangers that plague the human race by intertwining those fairy tales and Greek myths with contemporary news, Disney imagery, and her own black-and-white cartoons. Griffo is a modern-day Cassandra who often describes herself as “the kid who saw that the emperor had no clothes.”‘