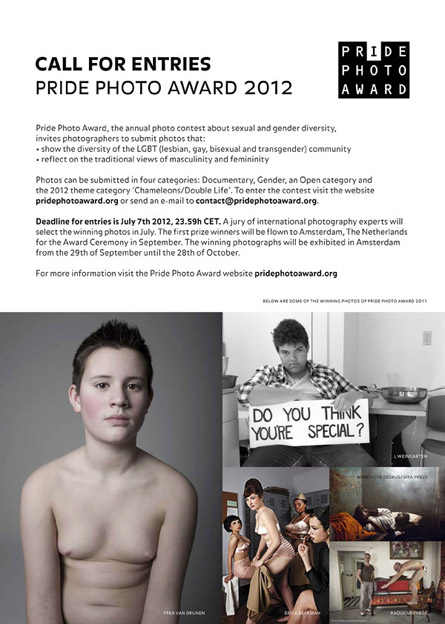 The Categories of Pride Photo Award 2012

The first prize winners in each of the four categories will be flown to Amsterdam, The Netherlands for the Award Ceremony and the opening of the exhibition on September 28th, 2012 in the Old Church. They will be accommodated in the Lloyd Hotel and Cultural Embassy for the duration of their stay.