Pride in Art is delighted to announce that Artistic Director SD (Shaira) Holman has been honoured with the YWCA Women of Distinction Award. Recognized nationally as one of Canada’s most prestigious awards, the Women of Distinction Awards honours women whose outstanding achievements contribute to the well-being and future of our community. SD Holman issued the following statement in response:

I want to give credit to the Young Women’s Christian Association for choosing a bearded, Jewish, butch dyke for this award. There are many amazing artists who weren’t nominated this year, and who are just as deserving as I am, if not more: Laiwan, Larissa Lai, Kristina Lemieux, Aerlyn Weissman, Persimmon Blackbridge, Betsy Warland, Rachel Iwaasa, Karen X. Tulchinsky, Sara Davis Buechner, Amber Dawn, Emma Kivisild, Susan Stewart and Rosamund Norbury, just to name a few. Please take a moment to look up these local heroes doing amazing art. 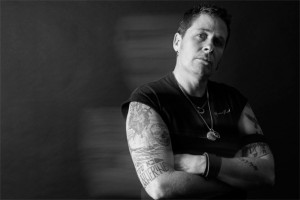 I founded the Queer Arts Festival because there was no place for me as an artist. I continue to do this work for other artists so they can be wholly themselves. As the art historian Jonathan Katz says “We’re in a place where we have carved out a position for queers in popular culture, but not, if you’ll excuse the term, in high culture.” There remains a palpable discomfort around identified queers. The reception within the art world of queers and their art is fraught with a strange dichotomy. It is disparaged to talk about queers in art, to “name it”, to talk about identity in art — yet great thinkers from Darwin, to Freud, to Deleuze, to Grosz, have argued that the production of art is in some way a function of sexual desire.

If we accept the premise that art and sexuality are connected, then it follows that to silence or ignore artists’ sexuality impoverishes our understanding and appreciation
of their work. What we know is that so many of the major artists of all time were LGBTI (pronounced Queer).

But as Trinh Minh-Ha says, “How do you inscribe difference without bursting into a series of euphoric narcissistic accounts of yourself and your own kind? Without indulging in a marketable romanticism or a naïve whining about your condition?… How do you forget without annihilating? Between the twin chasms of navel gazing and navel erasing, the ground is narrow and slippery, and none of us can pride ourselves on being sure-­footed there.”

So why does this matter? As we’ve seen at the recent public meetings of the Education and Student Services Committee about Vancouver School Board Policy on Sexual Orientation and Gender Identity, homophobia and gender panic are still very present realities. Harvard Professor Arthur Lipkin points out that homophobia in schools – which is a more specific name for what we call bullying – is linked to serious student problems such as suicide and substance abuse, and kids are known to take foolish risks just to prove they aren’t gay. For the same reason that it’s important to include a multicultural focus in our schools, businesses, and concert halls, because we don’t all share the same race or ethnic heritage, if we want to create a safe world for all of our children, it’s important to recognize that we don’t all share the same binary sexual and gender identities. One way to do this is to celebrate the tremendous contributions that lesbian and gay artists have made to the arts.

I am an artist and I am an activist, so art is how I resist. I keep making art because I have to, because art changes people and people change the world. In the words of the great Maya Angelou, “None of us are free until all of us are free.”
So thank you YWCA for being the change, and opening your doors to genderqueer mongrels and political art riff raff.