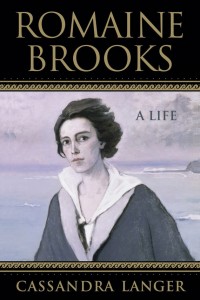 Painter Brooks (1874–1970) endured a gothic childhood. Her parents divorced, her father vanished, and her exceedingly wealthy mother became insane and abusive, leaving her little daughter in the care of a New York City laundress who could barely afford to feed her own family. Though cold and hungry, Brooks experienced affection for the first time as her kind guardian encouraged her budding artistic skills. While subsequently weathering boarding schools and a stint in a convent, Brooks came to accept that shewas attracted to women. She roamed Europe and studied art, receiving her immense inheritance and precious independence after her mother’s death. Art historian Langer is zealous and exacting as she seeks to fully portray her heretofore too-little-known subject, mining newly available materials, addressing the complexities and contradictions of Brooks’ life, and celebrating the courage and power of her meticulouslycomposed paintings. Langer ponders Brooks’ “stern” modernity and quest to create images of “heroic” femininity and, most daringly, “lesbian sexuality.” Brooks’ dark palette was inspired by Whistler’s, while her “streamlined forms, elongated figures, subtle variations of hue, and chicness of gesture and dress” were her very own. Brooks painted her intimates, including the poet and politician Gabriele D’Annunzio and the grand love of her life, the expat heiress and host of a famously influential salon, Natalie Barney. Langer sensitively grapples with Brooks’ elitism, bigotry, and fascist tendencies while avidly reclaiming this “fascinating and controversial” artist’s elegant and evocative, haunted and defiant art in praise of “audacious women.”