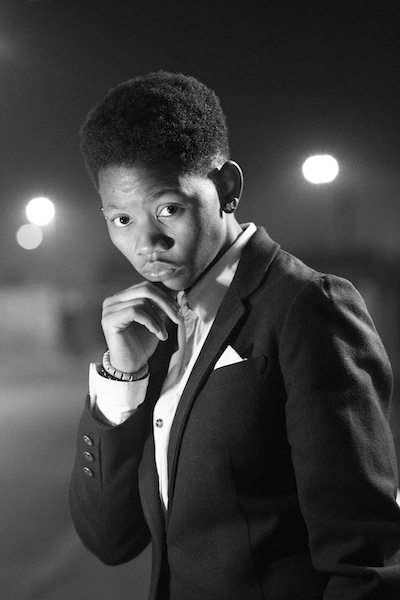 is a South African photographer and visual activist whose work explores gender, race and sexuality, particularly in relation to South African society and political landscape. The exhibition at Open Eye Gallery is the first major presentation of Muholi’s work in the UK.

In 2009 Muholi wrote a thesis mapping the visual history of black lesbian identity and politics in post Apartheid South Africa as part of her MFA in Documentary Media from Ryerson University, Toronto.

Since 2004 Muholi has exhibited extensively worldwide, most recently at the Brooklyn Museum (NYC). She has also taken part in important exhibition platforms such as the 55th Venice Biennale and Documenta 13 in Kassel. She is the recipient of numerous prizes and one of 2015 shortlisted photographers for the Deutsche Börse Prize for her seminal series, Faces and Phases.

Four of Muholi’s projects will be presented across Open Eye Gallery’s three exhibition spaces, accompanied by audio/video interviews and statements from those featured in Muholi’s work.

Faces and Phases (2006–15) is an ongoing series of work, a living and growing collection of portraits. Zanele Muholi embarks on a journey of “visual activism” to ensure black queer and transgender visibility. Despite South Africa’s progressive Constitution and twenty years of democracy, black lesbians and transgender men remain the targets of brutal hate crimes and so-called corrective rapes. More than 200 portraits, accompanied by moving testimonies, present a compelling statement about the lives and struggles of these individuals. They also comprise an unprecedented and invaluable archive: marking, mapping and preserving an often invisible community for posterity.

ZaVa (2013) focuses on Muholi’s relationship with her white partner, and brings the notion of making the private public to the fore. The images show the two of them sharing intimate moments in hotel rooms in various states of undress. The images are soft and gentle, and the viewer is able to get a sense of their relationship, their love for each other, in a deeply connected and meaningful way – not in a detached, voyeuristic sense.

Brave Beauties (2013-2014) is a series of 12 black and white photographs celebrating looking at the body – and the experience of being seen. Stylish, coy, subtle and proud, the gay and transgender men present a personal vision of themselves to the compassionate lens of Zanele’s camera. In a state where expressing the physical self that you want to be adored can lead to aggression and violent persecution, the beauties of the series are even more so for their bravery.

For Muholi, Mo(u)rning (2014) evokes death but also suggests the cycle of life as morning follows night. Life and death, love and hate are themes that run throughout her work. Tragic loss is addressed in this series, the persecution of a community and the coming together to remember those who have passed.

The exhibition is supported by HOMOTOPIA and Stevenson Cape Town. 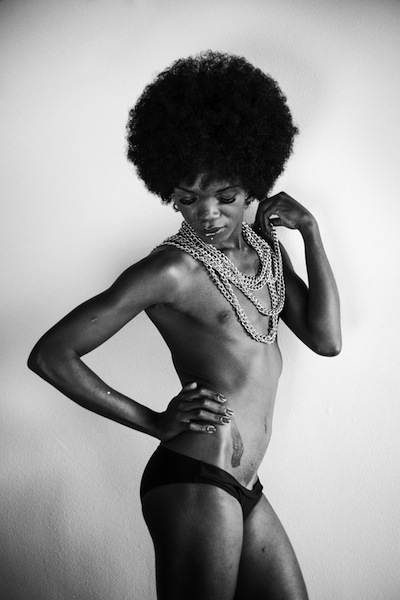 Part of my talk will focus on experiences – traumas of documenting hate crimes as a visual activist. I will also talk about the importance of collaborations and collectivism as most of the work that I do is done with participants in my projects and members of Inkanyiso.

Over the past 10 years I have witnessed crime scenes of lesbian murders and attended funerals to document the realities of pain and loss. The presentation will feature visual works from various related events that impact on the lives of black South African lesbians, including how dead bodies are discarded and how those who survive are left disfigured.

In Faces and Phases, photos and quotes from participants are showcased as a way in which we advocate for visibility, resistance and agency, and aims to foster a dialogue informed by the reality of our existence as we continue to experience our lives as citizens of SA, discouraged from living openly, fearing for our safety.

Bathini is a Zulu expression meaning ‘What are they saying?’ which is a question never asked when a black lesbian is ‘curatively’ raped and murdered. The making of Faces and Phases will also form part of my presentation.

Homotopia is an arts and social justice organisation. It draws on the LGBT experience to unite and regenerate communities through the production, promotion and commissioning of great art, heritage and culture for everyone. The Homotopia Festival, which was founded in2004, takes place every November across Liverpool. Throughout the year Homotopia works with international partners, most recently in Finland, Latvia and Germany. Homotopia is funded by Arts Council England as a National Portfolio Organisation and by Liverpool City Council. Festival Dates: 30 October – 1 December 2015 – www.homotopia.net