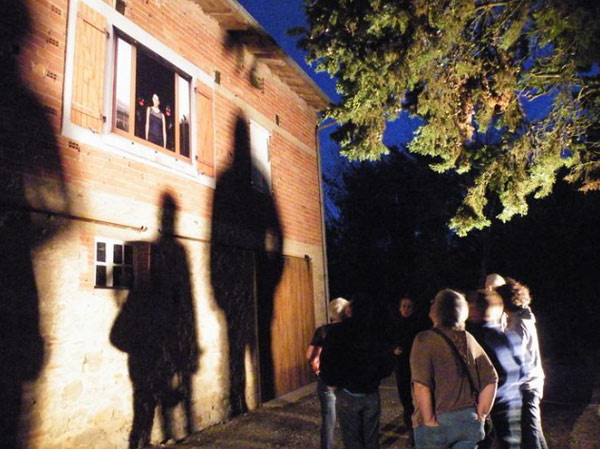 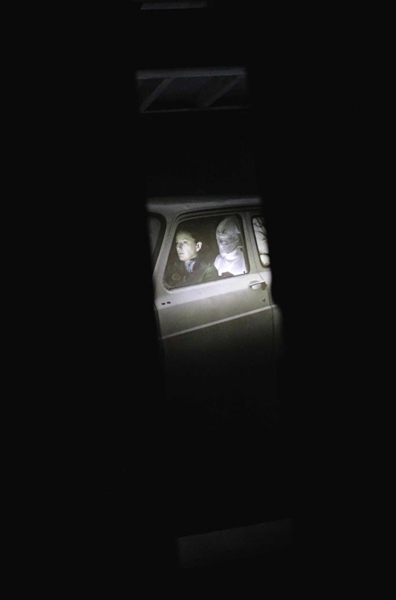 An art project featuring an installation (images and sound) and performative interventions by RED BIND – Gilivanka Kedzior and Barbara Friedman in collaboration with Céline San-Martin who is based in Fiac, a small rural district in France.

[HOMOCHROMIES] took place September 18-20, 2015 at Céline’s home as a part of AFIAC 2015: ‘Plastic Queer’. It was developed in partnership with the Museum of Art of Toulouse LES ABATTOIRS/FRAC Midi-Pyrénées.

1. (Zoology, rare) the use, by an organism, of the same colour as its background or other form of camouflage as a means of protection.
Etymology : From Ancient Greek ὁμός, homós (‘same’) and χρῶμα, khrôma (‘colour’). 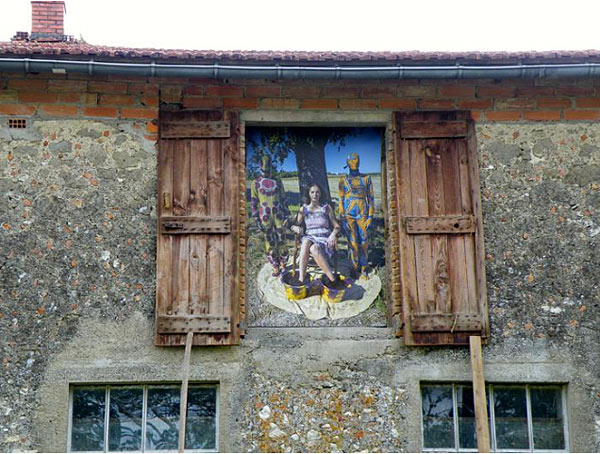 More About The Art Project: the Exhibition And the Interventions

Our project centers on a series of 5 ‘triple portraits’ in which Céline San-Martin, our hostess, and her colorful nature are the main characters. In an evocation of her personal history, her reminiscences, her fantasized projections, the ‘triple portraits’ use our respective homochromies to reveal what may be ‘queer’ in the other.

For the exhibition/installation, as requested by Celine, access to the house was forbidden (sharpening sometimes even more the voyeuristic instincts of the public…), the visitor were observing the works only from the outside through the half-open shutters, through a peephole, etc. A soundtrack in which bits and pieces of conversation with Céline alternate with fragments of dialogues from films and documentaries, thus enriching and multiplying the reading directions of the images, came out through the walls and guides the visitors around the imposing building. The tour of the works on the opening night allowed the visitors to experience a more mysterious, almost mystical apprehension, emerging from the images. 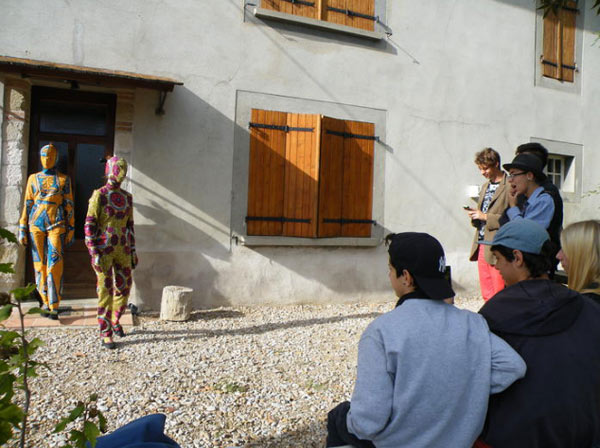 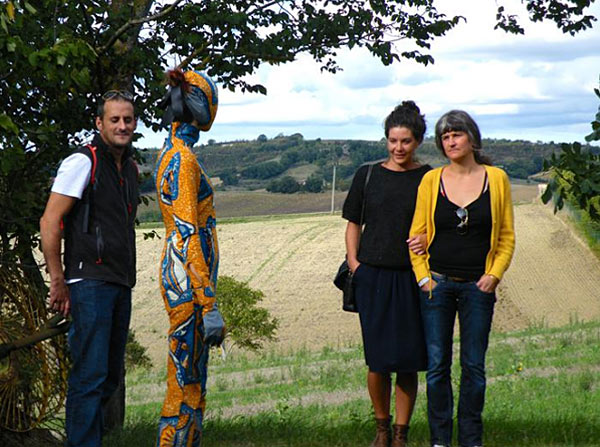 The performative intervention on the Sunday afternoon resumes the questioning which we initiated with performances such as [ACANTHESTHESIA] or [RED-EYE WALK] in a search for immediacy facing the issue of biased social relationships. The full body suit/uniform has been a recurring element in our work since our very first performances: we use it and diverte it from its usual use as a symbol of dominant/dominated-relationships in the broad sense. It crystallizes our research on the skin, the outer layer, the limit on the one hand but on the other hand it is also the mask, the image, the artifice.

The [HOMOCHROMIES] series is us questioning the notion of queer. ‘Queer’ appears to us as indissociable from the notion of ‘definition’. Indeed, to ‘define’ means both to ‘identify/classify’ and by extension to ‘normalize’, but also to ‘fix/freeze’. – This experience led us to think about the ‘queer’ as the very opposite of to ‘define’ and to see it set apart from all partitions or straightjackets. For us, queer lies then in the slightest resistance to the norm.

[Homocromies] a video by Red Bind which takes you behind the scene.