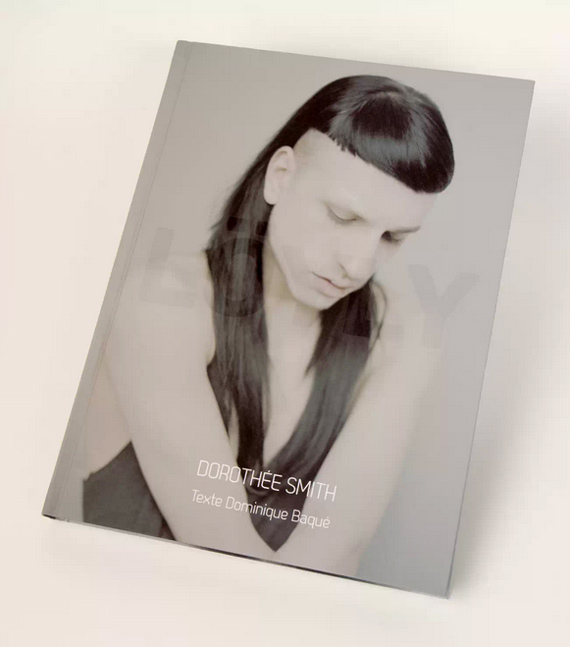 The cover of Löyly by Dorothée Smith

Löyly is a Finnish term for the steam that rises from icy water when poured onto burning stones, passing from a liquid to a gaseous state. The word has a double meaning. It also means ghosts. The photography book contains all Dorothée Smith’s photographic works (125 photos colors and Blanck and white), and her installation and video works.

Excerpt From The Book’s Essay By Dominique Baqué:

“Dorothée Smith never stages scenes or tells her friends and models how to pose: with her modesty and discretion, most of them don’t even realize they’ve been photographed. In the Löyly series, we see a dark rock rising up and blending into the sky, undeniably bringing romantic painting to mind, along with a menacing tornadolike double cloud and chilly frozen landscapes. But also many young people seen from behind, often with tattooed bodies, daydreaming or withdrawn – somewhere else; a very pale young man with glacier eyes and raven-black hair, like a recurring apparition in the series, and the sublime face of an androgyne with a dreamy, melancholic look, lost in an inner world, with a half-closed expression and a sensual mouth open for a word or a kiss that won’t come. Tired and deliciously morbid, or rather morbido (soft, gentle) since the Italian terms seems more fitting, the androgyne delicately rests a beautiful ephebian head on a velvet cushion with one arm tucked under, offered and already withdrawn, disappearing like a fleeting, desirable apparition.”

Dorothée Smith is a young French photographer and avant garde filmmaker living and working in Paris, Arles, Helsinki and Montreal. She is an upcoming queer artist. She has exhibited her works in France, Italy, South Korea, Belgium, Denmark, Portugal and China. Her career has included a post-graduate degree in Philosophy at the Sorbonne, a degree from the French École nationale supérieure de la photographie (ENSP), the TAIK in Helsinki and then at Le Fresnoy, France. Her work is represented by the gallery Les Filles du Calvaire, Paris. At the moment she is doing her phd in Montreal, Canada. She has previously published three artist books ‘Bodies that matter’, ‘sub limis’ and ‘no miracles’.