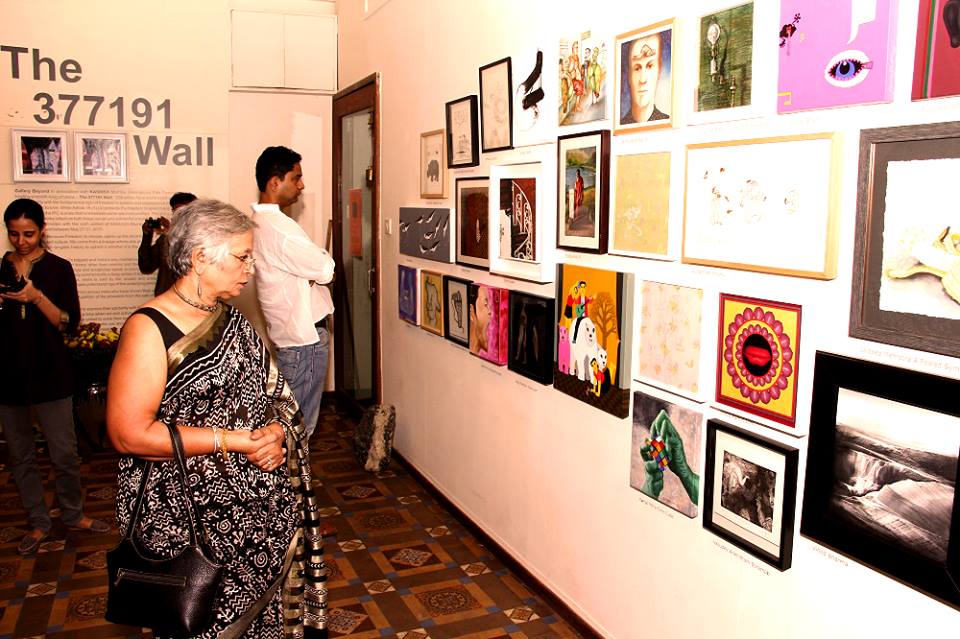 Exhibition view of The 377191 Wall; photo courtesy of KASHISH.

The month long art exhibition is organized by Gallery Beyond in association with KASHISH Mumbai International Queer Film Festival.

In its 6th edition, KASHISH Mumbai International Queer Film Festival is stepping beyond the medium of film to integrate new modes of expression into its festival agenda. The 377191 Wall – a group art show of 271 mixed media works by 238 artists was inaugurated on Saturday May 23, 2015 at Gallery Beyond. The art exhibition is organized by Gallery Beyond in association with KASHISH. The exhibition, inaugurated by senior artist Prabhakar Kolte, will run till June 27 at Gallery Beyond, Great Western Building, Kala Ghoda [in Mumbai, India].

‘Each object of art here represents 238 worlds that you can see together. It was sheer genius to bring two visual mediums together. It helps you free a part of yourself and other people. I believe that film is our most contemporary medium. Truly contemporary films hold the perfect lens to our world,’ said Kolte. 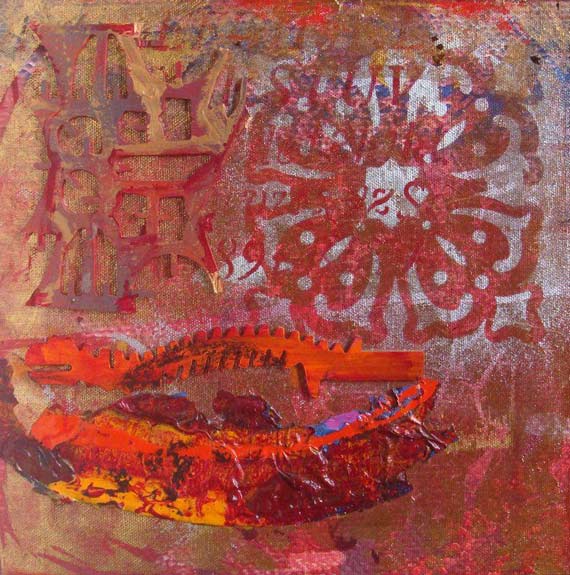 Noted artist Brinda C Miller, whose work is also part of the show said that the artists had come together for a cause. ‘We are here for a reason and we are here for the cause. On behalf of the exhibiting artists, we are honoured to be a part of this venture. The works look brilliant together and the paintings have been beautifully presented,’ said Brinda C Miller.

The group-show has been titled ‘The 377191 Wall’, based on two contrasting pieces of Indian legislation, namely Article 19(1)(a) of the Indian Constitution that guarantees freedom of expression and freedom of choice, and Section 377 of the IPC that criminalizes same-sex activity.

The dichotomy served as a guiding point to the 238 artists from across the country who came together to put up an astounding 279 pieces of art for this special showcase.

‘Wanting to live with freedom is a common sentiment to both the artistic and the LGBT community. We hope this show will bring in a diverse audience segment to KASHISH by communicating the diversity of the LGBT experience through art. We are striving to remove society’s misconceptions surrounding gay people and open a new window to understanding,’ said Festival Director Sridhar Rangayan.

‘As part of our shared desire to hold collateral events for Kashish, I thought we could collaborate on our core competence of art. The 377191 Wall is a small effort in a long journey. This show lets a unique mix of young and senior artists work without censorship,’ said Vibhuraj Kapoor, owner of Gallery Beyond.

National award winning filmmaker Aruna Raje, who was also a jury at KASHISH 2013, was a guest at the art show. ‘The festival stands for freedom and promotes acceptance for you the way you are. The film festival, because of its very nature, is a process of inclusion and being included yourself. A time will come when we realize everyone is the same and has the right to live the same way,’ said Aruna Raje.

‘Despite a horrific horrendous law that criminalizes the very existence of the community, there are 1000s of LGBT who lead their lives in the open,’ said Vivek Anand, CEO of Humsafar Trust. KASHISH 2015 is organized by Solaris Pictures. Humsafar Trust is the co organizer.

Following the open invitation to the art fraternity, the artist community responded enthusiastically by creating fresh work within a span of two months. The works are not limited to the LGBT experience alone but resonate with an abundance of themes including feminism, women’s emancipation, isolation, duality and the search for identity and belonging. 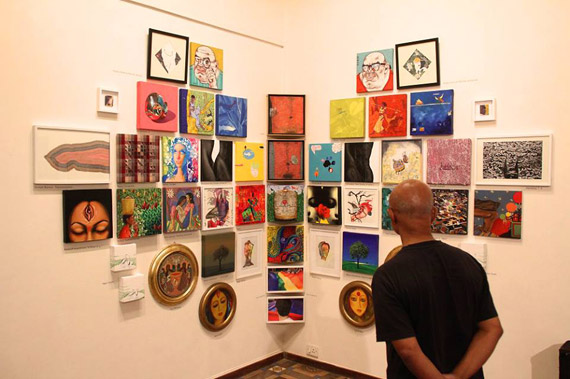 ‘The freedom of choice and expression are intrinsic both to the art world and to the queer world. Anything that curbs expression stifles the soul,’ said artist Dipti Bondre.

The KASHISH trailer was screened, comprising of a short history of the film festival, intercut with snippets from this year’s key films. Trailers of the following films were screened: Love is Strange, No Easy Walk to Freedom, Qissa and Out in the Line Up. Two short films, Ganesh Matkari’s Shot and Jheel, made by the students of TISS, were also screened as part of KASHISH Pop – Up at the art exhibition. Painter and stand-up comic Jenney Bhatt entertained the audience with a stand-up routine on the quirks of the art community.

The 6th edition of KASHISH Mumbai International Queer Film Festival will be held from 27th to 31st 2015 at Liberty Cinema, May 28th to 30th 2015 at Alliance Française de Bombay and May 29th to 30th 2015 at Max Mueller Bhavan. The theme for this year’s festival is `Reaching Out, Touching Hearts’.
To know more about registration, please visit www.mumbaiqueerfest.com

Voted as one of the Top 5 LGBT Film Festival in the World, KASHISH Mumbai International Queer Film Festival is South Asia’s biggest queer film festival and the only LGBT film festival in India to be held in a mainstream theater.
Founded in 2010, KASHISH is held over 5 days at three venues. The festival this year will be held at Liberty Cinema, Alliance Française and Max Mueller Bhavan in South Mumbai. It is the first Indian LGBT festival to be held with approval by the Information & Broadcasting Ministry, Government of India. KASHISH is organized by Solaris Pictures. Co-organizer is The Humsafar Trust.