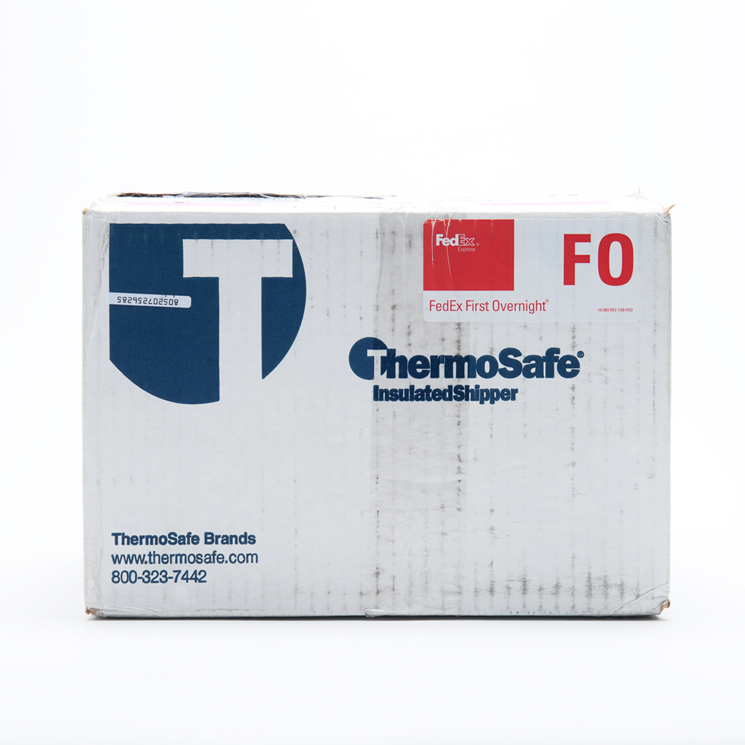 “Certain narratives are told over and over, making some realities visible while erasing others. This process is at the heart of political struggles over defining the canon and who gets to be part of the official story and who does not.” – Agigian, Baby Steps: How Lesbian Insemination is Changing the World

Toni Latour: 100 Things to Life marks a time when queer and trans families are starting to become part of the “official story”. We are making leaps and bounds in terms of legal rights and visibility. Court challenges have recently resulted in QT2LGB families being able to list more than 2 parents on birth certificates.  New rulings will also mean that trans men who have babies don’t have to check off ‘mother’ on their birth registration. Listing gender on official documents is currently being contested, and trans rights for children are being secured in school systems and civic spaces across the country. These advancements are changing the definitions and recognitions of family to reflect our current world, making it more inclusive and expansive. My project, 100 Things to Life, is one story within this larger growing narrative.

This new work documents my journey to pregnancy as a queer femme, and the resulting birth of my child, Francesca. From trail-blazing cross-country sperm shipments, to home inseminations, to facing discrimination at fertility clinics, to In vitro fertilization (IVF), the journey to pregnancy was a concerted effort with years of preparation, research, magic, and renegade actions.

It took a dense network of people, from across 2 countries, to make this happen. Women at Fed-Ex Shipping in Toronto were cheering me on each month as a friend dropped off his sperm sample for deliver to me in Vancouver. The shipments were made in U.S. containers that were not allowed to be shipped to Canada – containers that were temporarily housed in a friend’s aunt’s vet freezer in Bellingham for me to pick up, before the whole process started. These boxes contained test yolk buffer – a substance that allows sperm to live for 24-48 hours on ice, being fed by a protein derived from chicken egg yolk. In this process, lab technicians were convinced to do tests that had never been done before.  And when home inseminations failed after 12 months of trying, IVF was next. Phase 2 included hormone injections, egg harvesting, sperm purchase, embryo creation, freezing, implantation, and finally, after a total of 16 months of trying, pregnancy. Experiencing both opposition, red tape, and full support, this journey was full of heartbreak, determination, and finally, success. 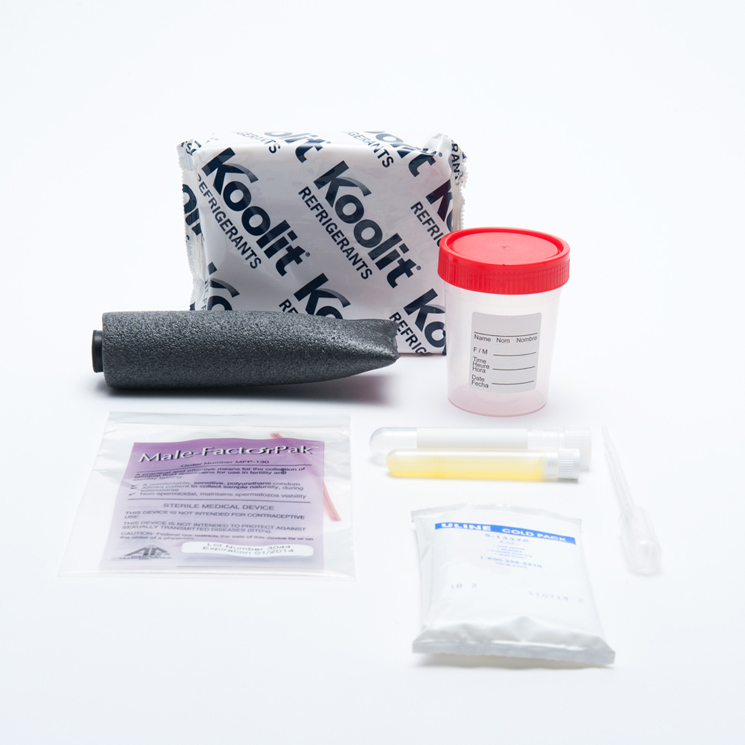 The first set of photographs document the over 100 objects and products that were used in my attempts to get pregnant. They range from injectable hormones to fertility stones and tarot cards. The second set of photos includes 15 images of bloodied underwear, 15 negative pregnancy tests, and 1 unstained pair, corresponding with a positive pregnancy test. These 2 sets of images are joined by 2 life-size photos of myself, 8-months pregnant, and my 2-week old child. The portraits are meant to be installed on top of custom-made embryo wallpaper. This wallpaper uses an image of a 5-day old embryo repeated in an ornate pattern. This is a similar image to the one I saw live on a monitor just before the embryo was implanted by needle through my vaginal wall, into my uterus. It was round and symmetrical and beautiful. I marveled at it.

On May 30, 2016, my baby, Francesca, was born as the result of IVF. I was 40 years old. After growing 18 eggs in one month, with the aid of hormones, I had them retrieved, and with a microscopic needle, each one was injected with a single sperm (purchased through a U.S. sperm bank). Of my embryos, 5 thrived, and 1 was chosen for implantation. At 5 days old, Francesca was cryogenically frozen for one month before she was implanted in my uterus, and birthed through cesarean section over 9 months later.

This work continues my exploration of the ways that queer and trans folks make family, and the science that allows such truly mind-blowing feats. It reveals current advances in reproductive science underscored by the privilege of such access. It pictures nearly obsessive efforts in the journey to parenthood.  Through personal narrative, 100 Things to Life contributes to larger conversations about family today. 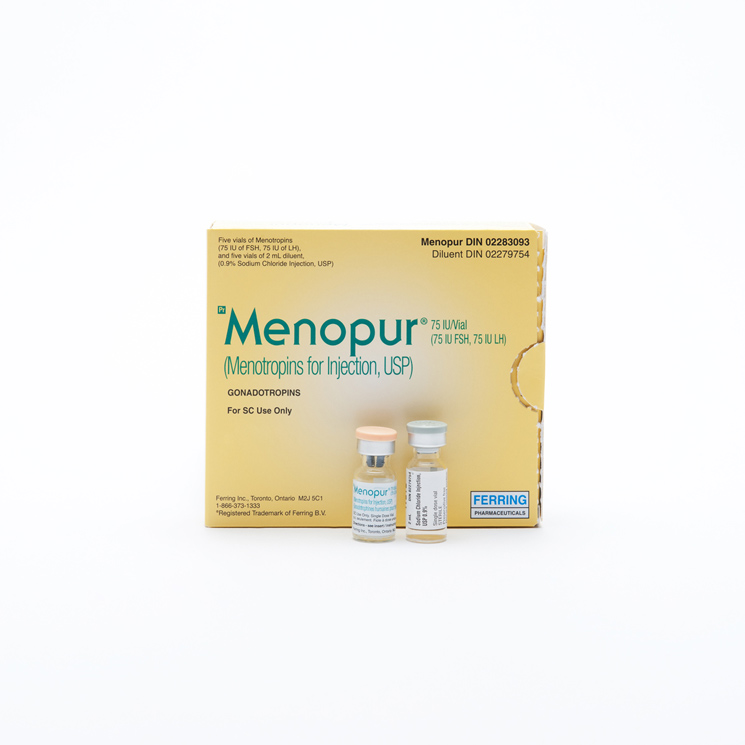 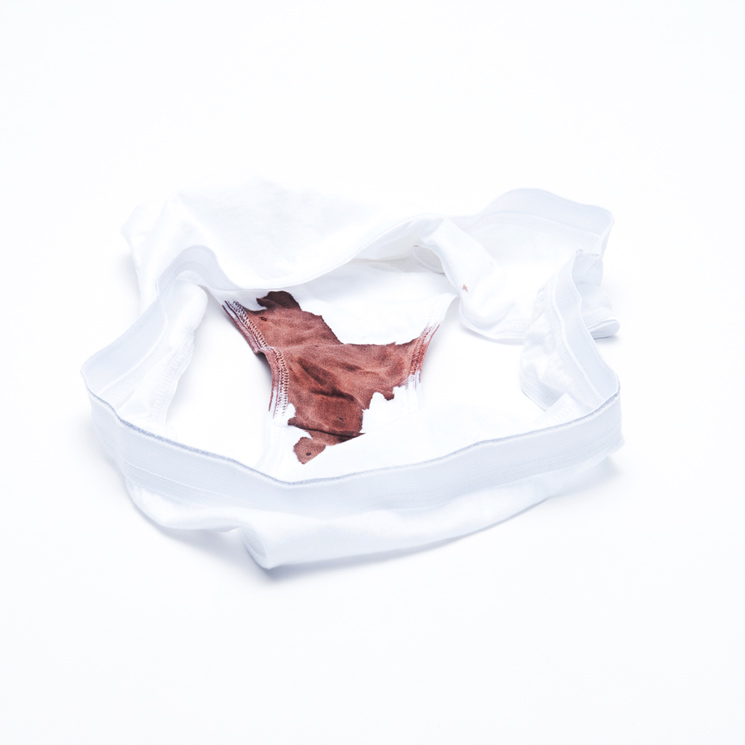 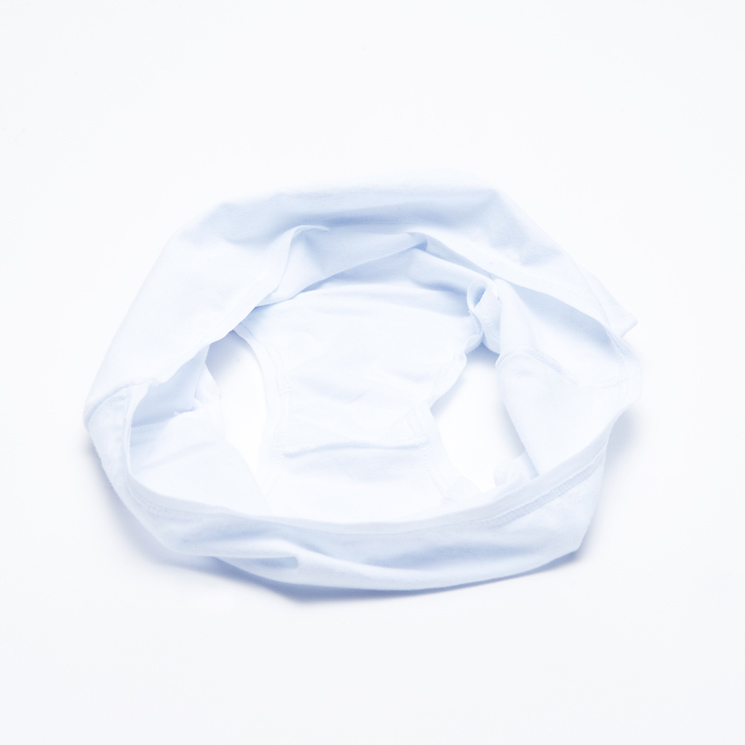 Credits and thanks:
Studio photos shot by Belle Ancel (concept and studio direction by Toni Latour)
Underwear bloodied by Alice Frances – with sincere thanks.
And thanks to my friends and family, and James, who supported me through this long journey. To Jeff and Cay for helping me every month for an entire year.  Thank you to those who came with me to doctor’s appointments, and cross-border runs, and so many various procedures. To all my health and wellness practitioners. Thank you for all the supportive hugs and words and notes and postcards and phone calls and texts and Facebook messages. These things really helped. And now, I have Francesca. The gift of my life.  With so many thanks.

Toni Latour is an East Vancouver queer feminist artist. She works in photography, installation, text-based practices, drawing, video, sound, public and performance art. Toni received her BFA from the University of Windsor in 1998 and her MFA from the University of Western Ontario in 2000. Since 1994 she has exhibited her work nationally and internationally in both solo and group shows and has received numerous grants and awards in support of her practice. She currently teaches at the University of the Fraser Valley in British Columbia.