‘We Are The Same’ by Henriette Hellstern 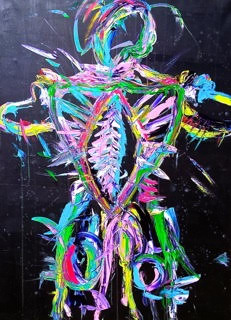 ‘Det Argumenterer Vi ikke For’ / ‘We don’t argue for that’ is a feminist (woman only) art exhibition during Talk Town in Copenhagen. Talk Town, a series of events focusing on gender, equality and feminism inspired by Denmark’s hosting of the World Conference on Women, the ‘Women Deliver’ conference on May 16 – 19, 2016. Talk Town overlaps the conference and extends the series feminist events in Copenhagen from May 18 – 20, 2016.

The title of the exhibition refers to the existing problem in the established art world: art works by women are regarded from a gendered perspective, while art works by male artists is just Art and as such not subject to a gendered debate. 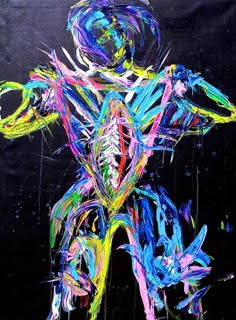 With the choice of selecting female artists  only the curators, Iben Andersen and Clara Starck, highlight the inequality that is currently existing in the art world: works by men are exhibited more often than the works of women.

The exhibition which takes place in the studio space of the artist collective ‘Staldgade 74’ it features works by 14 women artists. Among the artists of this group exhibition is Danish painter and queer woman Henriette Hellstern. She will present a set of paintings called ‘We Are The Same’ (I and II). Her abstract figurative paintings are intended to be gender neutral reflections of each other. They have in common that they reveal their inner qualities to each other, opening up, inside they are the same, they come from the same source and have far more in common than what separates them. They are somewhere raised above issuess of gender and sexuality, they are almost rip off the skin and keep it stretched out so nothing is hidden under the skin, the shield, their appearances.

Illustration: We Are The Same, I and II by Henriette Hellstern