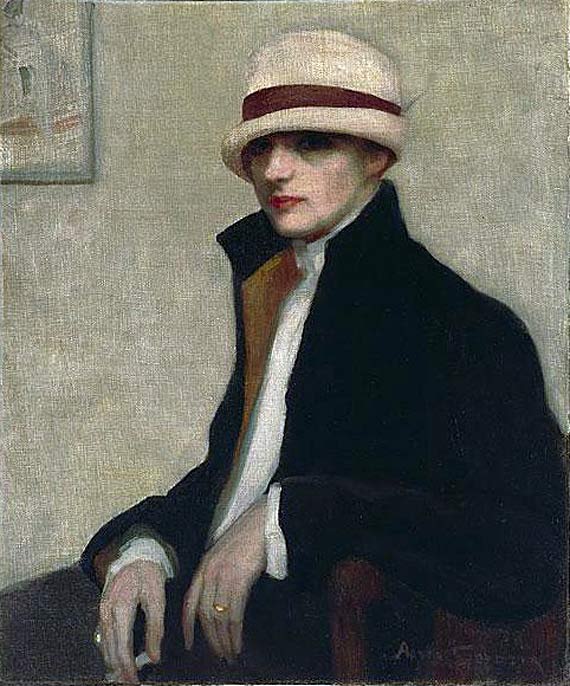 The Parisienne by Agnes Goodsir 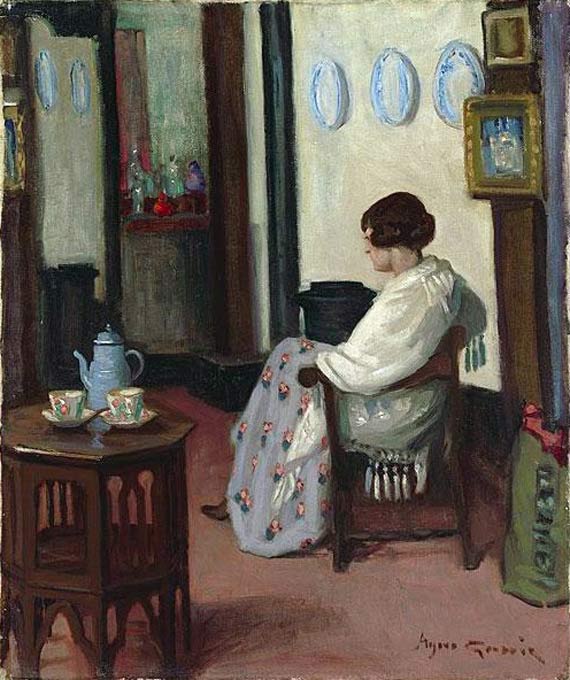 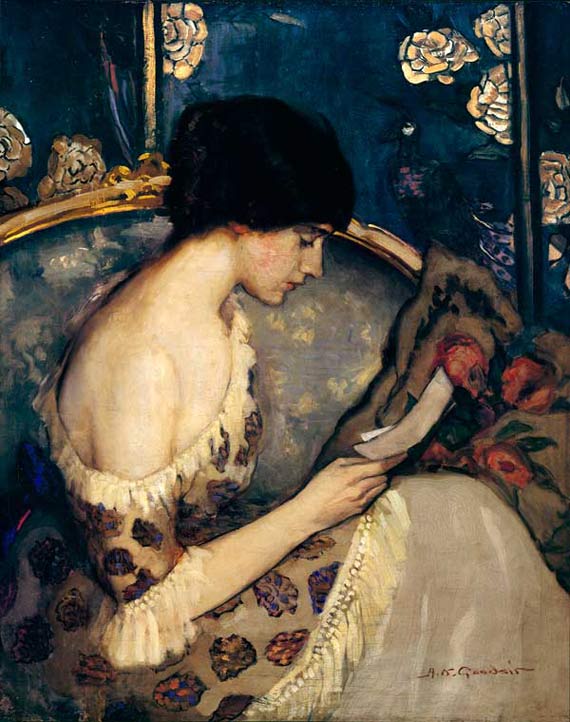 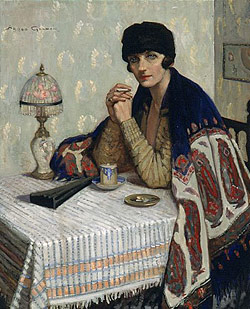 Agnes Noyes Goodsir, born in Australia was encouraged to go to Paris to study paintings in 1899 by her family. She remained there until 1905. Returning to Europe in 1906 she settled in London. There she met ‘Cherry [aka the divorcee Mrs Rachel Dunn] became Agnes’ artist’s model, close companion and the dominant subject of later works. Agnes and Cherry settled in Paris. Agnes’ career developed, especially in portraiture. In 1926 she was the third Australian to be elected to the Salon Nationale des Beaux Arts (after Rupert Bunny and Bessie Davidson), an important accolade. In 1927 Agnes returned to Australia for nine months to much fanfare and at the peak of her career. She then went back to Paris where she remained for the rest of her life with her beloved Cherry. Agnes died in 1939, Rachel in 1950. They are buried in the same grave outside Paris.’ (Quote from article by Peter Di Sciascio)

Above right: Girl With A Cigarette by Agnes Goodsir