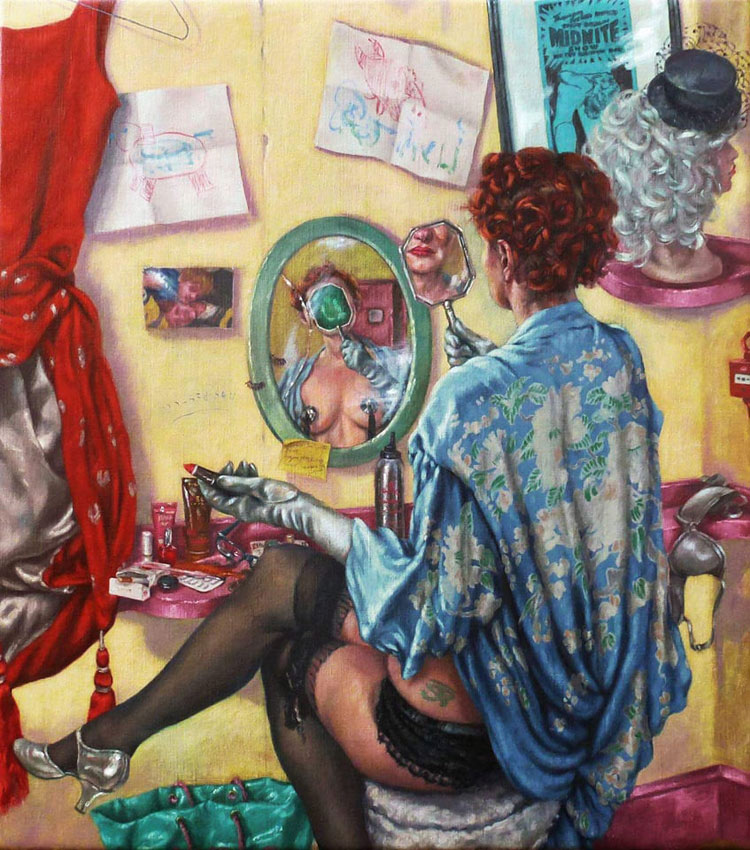 An obsessive painter, self trained, Roxana Halls expresses what it is to be a women in her narative paintings that take you into a hidden world of fancy dress and surreal moments that can be unflinchingly uncomfortable whilst daring you to look away.

Roxana has held several successful solo exhibitions including at the National Theatre and on Cork St, Mayfair. Her latest exhibition is Roxana Halls – Weimar & Other Earthly Desires at the Stash Gallery in London. Her work has been included in numerous exhibitions such as the B.P. Portrait Award on five occasions, The Royal Society of Portrait Painters and in group shows, art competitions and at art fairs. Halls has contributed articles for and has been featured in many national art magazines. Her awards include the Villiers David Prize, The Discerning Eye’s Founder’s Purchase Prize & The Derwent Special Prize. Her commissions include Alan Grieve CBE, Chairman of the Jerwood Foundation & John Simopoulos, Emeritus Professor for St. Catherine’s College, Oxford. Her work is held in many private and public collections in the UK & internationally. 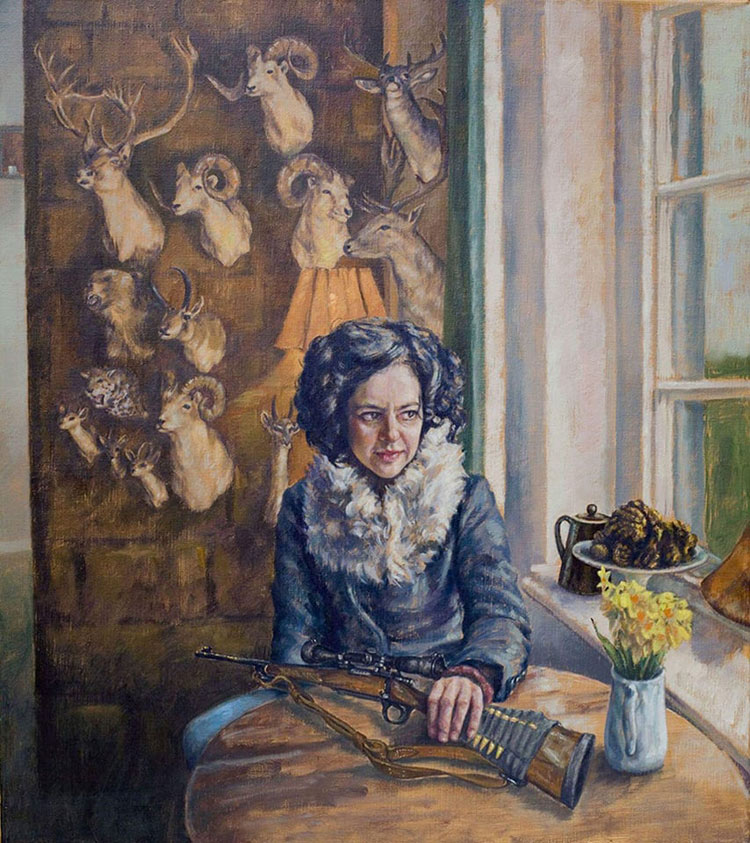 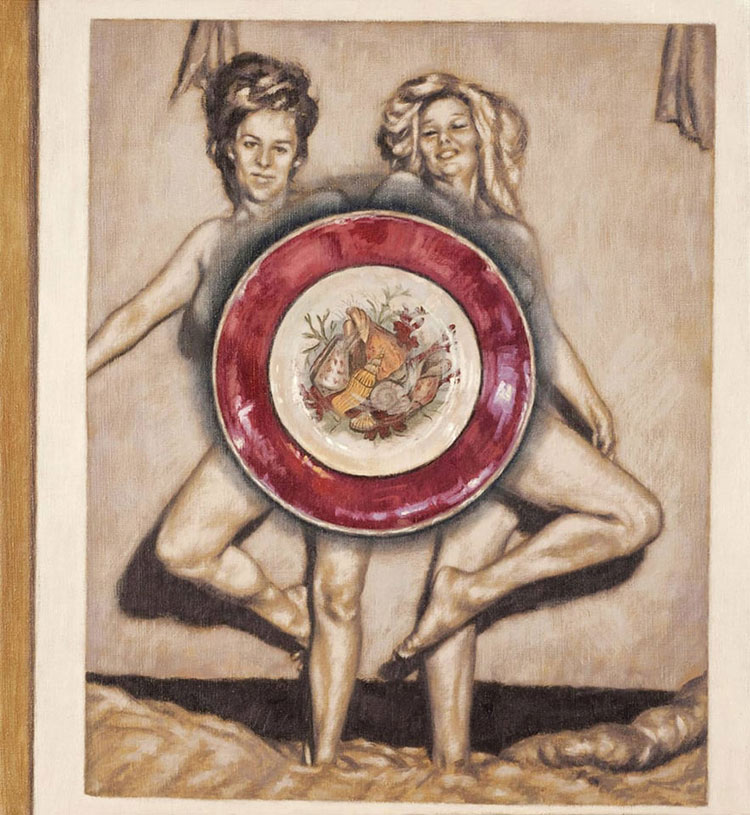 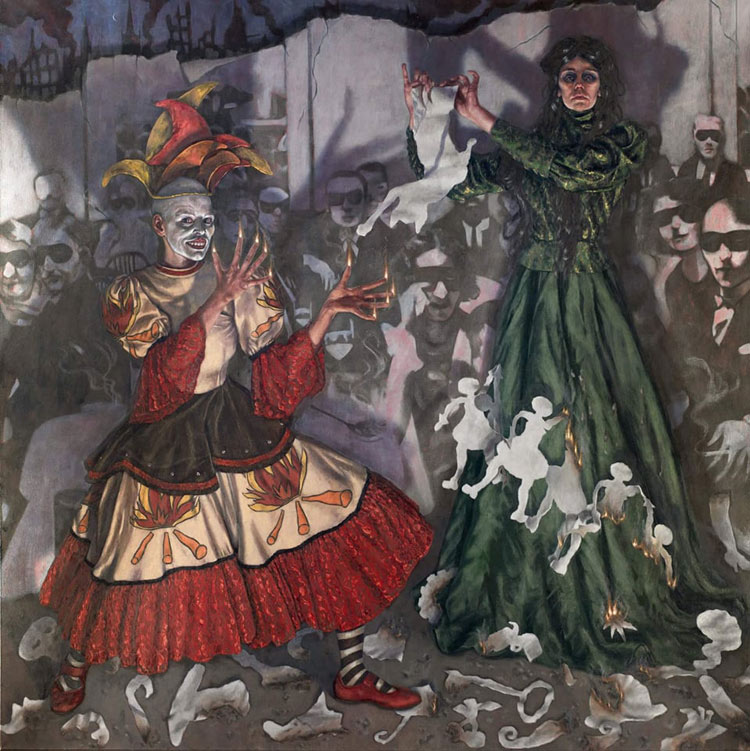 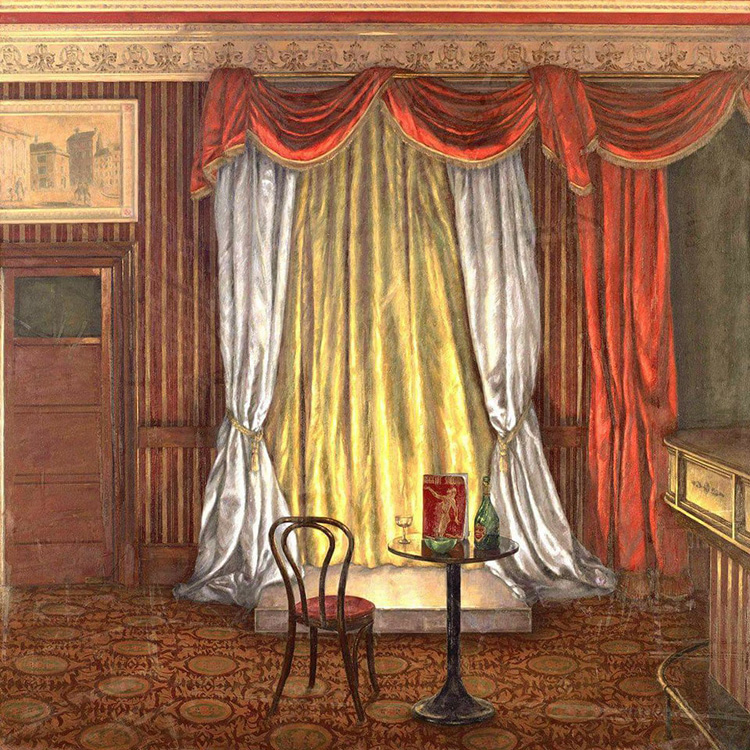